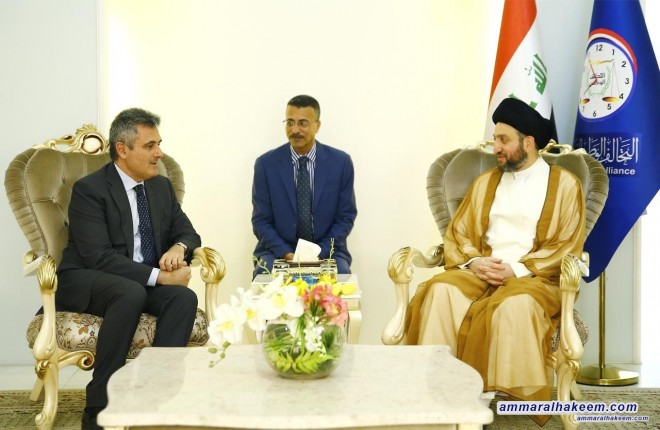 His eminence with Carnelos discussed bilateral relations between Iraq and Italy and developments of the Iraqi political scene, reiterated his call to look at all the problems that have plagued the electoral process through legal and constitutional methods, taking into account the timing stipulated by the Constitution, pointed out the need to pay attention to popular anger that manifested in elections boycott by large numbers of the Iraqi people, and these facts should be considered when forming the future government.
His eminence stressed on making the future government a government of service away from crises, called to select qualified people capable of achieving aspirations and serve the people.