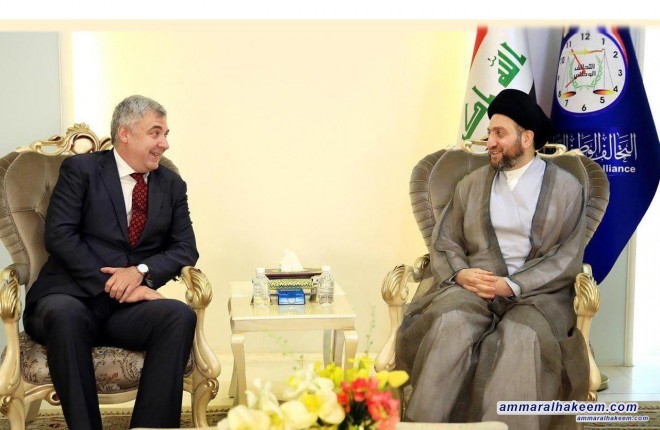 Head of the National Iraqi Alliance, Sayyid Ammar al-Hakim, received in his office in Baghdad received the Ambassador of Russian Federation Maxim Maximov Sunday 24/6/2018 His eminence with Maximov discussed developments of the regional and international political scene as well as the bilateral relations between Iraq and Russia.
His eminence highlighted the Iraqi political situation and the ongoing dialogues to form the future government, reiterated the importance of continuing dialogues between the various political blocs to create the government of national majority. His eminence indicated that the government of the national majority represents a realistic solution in the current stage to produce a government of service that introduce priorities and above all service provision and combating corruption.