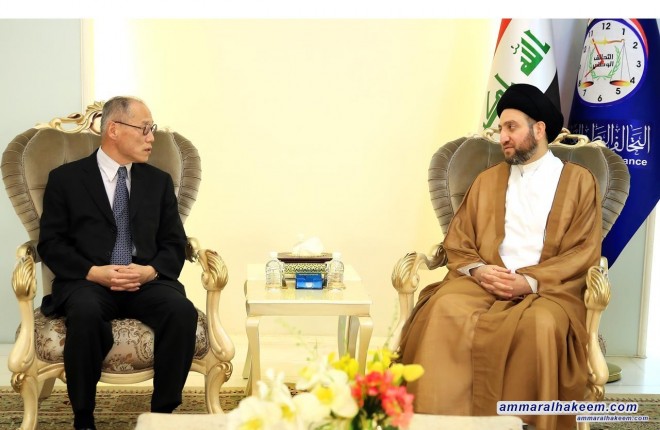 Head of the National Iraqi Alliance, Sayyid Ammar al-Hakim, in his office in Baghdad received Japanese Ambassador Fonio Iwai marking Iwai end of mission Wednesday 27/6/2018
His eminence praised the role played by Japanese Ambassador Fonio Iwai in promoting relations between Iraq and Japan and the two friendly peoples, called for continuous efforts to develop relations on all levels, and that Japan has many potentials to be invested in supporting the Iraqi government in reconstruction, economic development and provision of services, added to the importance of benefiting from others' experiences for the reconstruction of Iraq and ending Iraq’s crises.
His eminence with the Japanese Ambassador discussed developments of Iraqi, regional and international political scene, stressed the importance of political dialogues to form a government capable of achieving the aspirations of the Iraqi people.