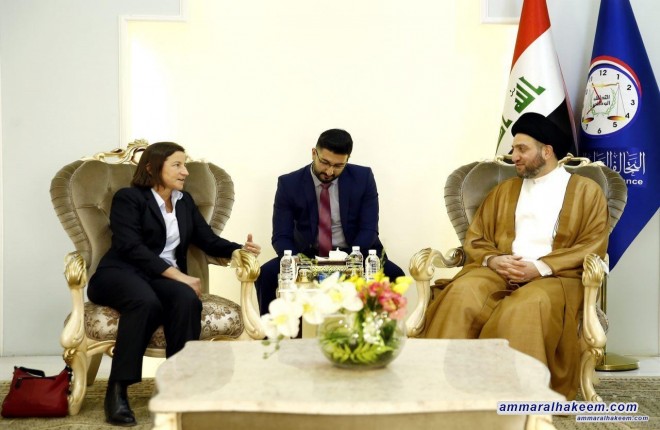 Head of the Al-Hikma National Movement, Sayyid Ammar al-Hakim, in his office in Baghdad received Australian Ambassador to Iraq Joan Lundis Wednesday 4/7/2018
His eminence with Lundis discussed bilateral relations between Iraq and Australia and means of developing relations on levels.
His eminence stressed that Iraqis need each other and able to solve their own problems, pointed the importance of protection Iraq from international axis politics and conflict of wills, called to continued dialogues between blocs to form a government of national majority.
His eminence discussed the role of the region in the political, social and cultural life of Iraq, stressed that the Al-Hikma National Movement was a leader in giving women their active role and participation in all vital joints of the movement.