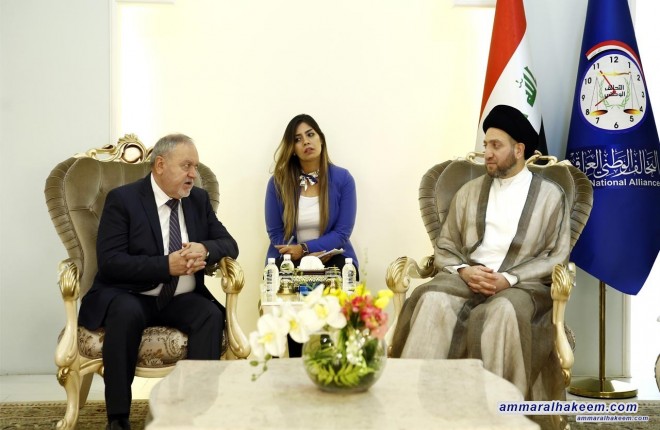 Head of the National Iraqi Alliance, Sayyid Ammar al-Hakim, in his office in Baghdad, received the Romanian ambassador to Iraq, Mr. Iacov Parda 5/7/2018
His eminence with Prada discussed the latest developments in Iraq and the region, and the process of dialogues between the political powers to form the largest parliamentary bloc leading to form the national majority government
His eminence also covered results of manual ballot sorting and counting, stressed the need to expedite concluding the process conclude to move for the next constitutional steps and forming the government in order to achieve the aspirations of citizens through overall provision of services, employment and economic development in the country.