Sayyid Ammar al-Hakim, to the representative of the Secretary-General of the United Nations: the upcoming government must be a government of services, job provision and fighting corruption 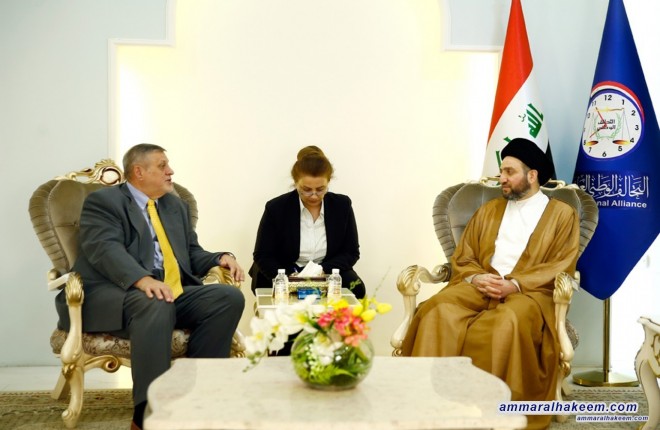 Head of the Al-Hikma National Movement, Sayyid Ammar al-Hakim, in his office in Baghdad received the representative of the Secretary-General of the United Nations, Mr. Jan Kubis Tuesday 17/7/2018.
His eminence stressed the importance of forming a government of services capable of providing jobs and able to fight corruption, indicated that this vision is the same demands of the rightful demonstrators in more than one province.
His eminence stressed on the national majority as a necessity for the next phase, and amphasized on fulfilling the demands of the demonstrators, maintaining security, and amphasized on the peacefulness of demonstrations and protecting the public and private properties. His eminence commended the role of the international organization in supporting Iraq and mobilizing international support for the interest of Iraq.