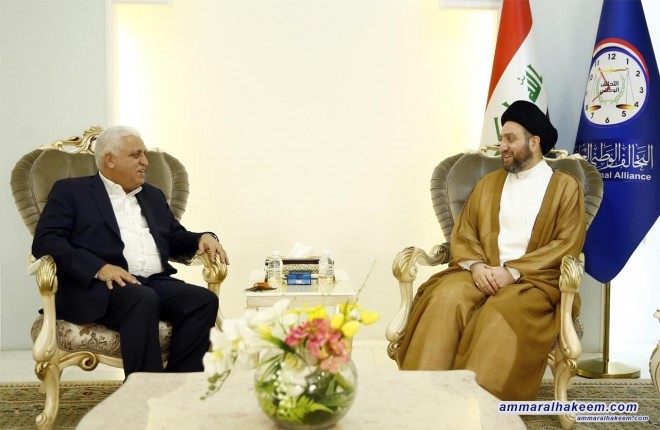 Head of the Al-Hikma National Movement, Sayyid Ammar al-Hakim, in his office in Baghdad received national security adviser Mr. Falih al-Fayyadh and discussed the latest developments in the Iraqi political situation, the demands of the demonstrators and ways to meet them and maintaining security and public and private property.
His eminence pointed out that the next phase requires forming a government according to the principle of national majority faced by an opposition that evaluates, monitors, and holds the government accountable, stressed the need to form a government of service capable of providing services, job opportunities and fighting corruption.
Regarding the demonstrations that occurred in more than one province during past few days, his eminence reiterated his stand with the rightful demands and guaranteeing freedom of expression, stressed the need to protect and not damage public and private property, because this contradicts the reform demands of demonstrators.