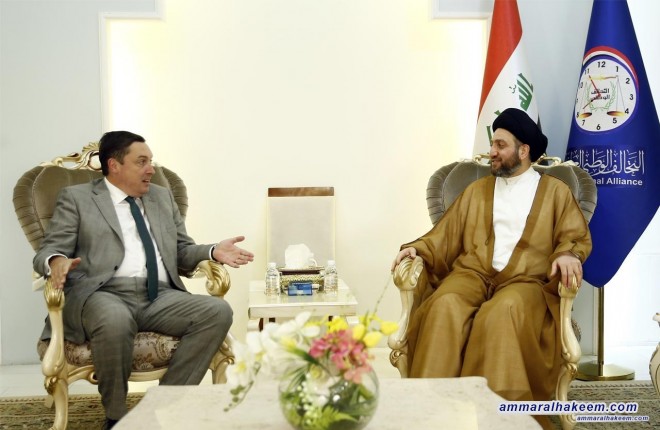 Head of the Al-Hikma National Movement , Sayyid Ammar al-Hakim, in his office in Baghdad received Ambassador of the United Kingdom in Baghdad, John Wilkes Thursday, 19/7/2018
His eminence stressed that the provision of services, fighting corruption, providing job opportunities and decent life for Iraqis should be the top priority of the upcoming phase and the future government.
His eminence pointed to the importance of continuing dialogues and meetings between political powers to form the biggest bloc and form a government of the national majority, reiterating his emphasis on promoting service aspects across the country.
The meeting also covered the bilateral relations and issues of common interest between Iraq and the United Kingdom.