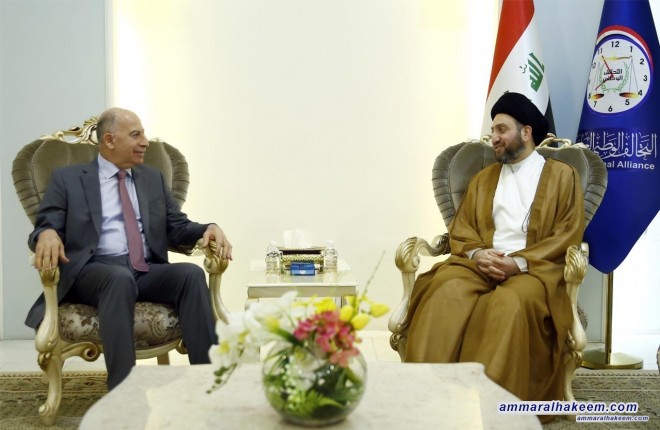 Head of the Al-Hikma National Movement, Sayyid Ammar al-Hakim, in his office in Baghdad received Vice-President and one of the Al-Qarar Alliance leaders, Mr. Osama al-Nujaifi 19/7/2018
His eminence with Nujaifi discussed the latest political situation and alliances required to form the future government.
His eminence stressed that the current phase needs a national majority government that focuses on service and meeting the demands of the Iraqi people, pointed out the importance paying attention to the status of service and the current service priorities for the Iraqi citizen after folding the page of military confrontation with Daesh and winning community and political challenges that faced the national unity, stressed that the future government should be a national product based on national interest.
Regarding the demonstrations, his eminence indicated the rightful demands must be fulfilled , called for protecting public and private money.