Sayyid Ammar al-Hakim calls on political blocs to meet around national requirements, form the government and select the most efficient 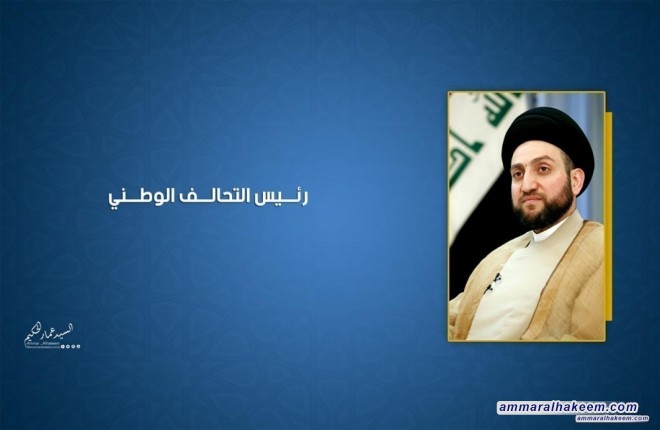 Head of the National Iraqi Alliance, Sayyid Ammar al-Hakim,called on political blocs to meet around the table of national requirements in order to expedite the formation of the anticipated cabinet and selecting the most efficient under these conditions. His eminence expressed his absolute support for the directives and visions in the sermon of the highest religious authority in relation to the current situation and the dangers facing the country, emphasized expediting the process of forming the government of service that is comprised of the most professional ministers and with a clear and solid action program, plus selecting a decisive and strong prime minister for the next phase, and urging the people to impose their will if the government and parliament disavow their promises.
His eminence expressed his full support for the demand stated by the religious authority that considered reforms an inevitable necessity, and calling for legislation of laws that prevent discriminatory privileges in order to achieve equity and social justice, stressed his support to the government and its regulatory bodies in the fight against administrative and financial corruption.