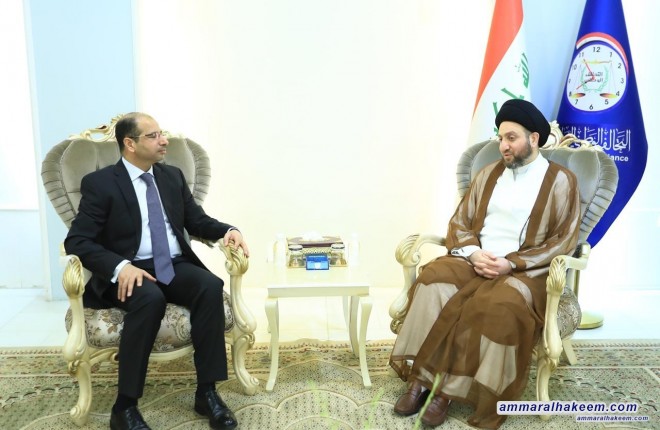 Head of the National Iraqi Alliance, Sayyid Ammar al-Hakim, in his office in Baghdad, received Dr. Salim al-Jubouri Thursday, 2/8/2018
His eminence with Jubouri discussed the latest developments in the political situation at the national and regional levels and forming the government from the largest bloc, stressed the necessity of fulfilling the aspirations of the people at individual level or at equation and program level when forming the government.
His eminence stressed the importance of fulfilling the demands of the masses and the conditions set by the religious authority for forming the government and deadlines, reiterated the importance of evoking chances of success in any future equation, and to protect Iraq from international axes politics, plus seeking to achieve victory at civil services level after victories achieved on military, political and social levels.