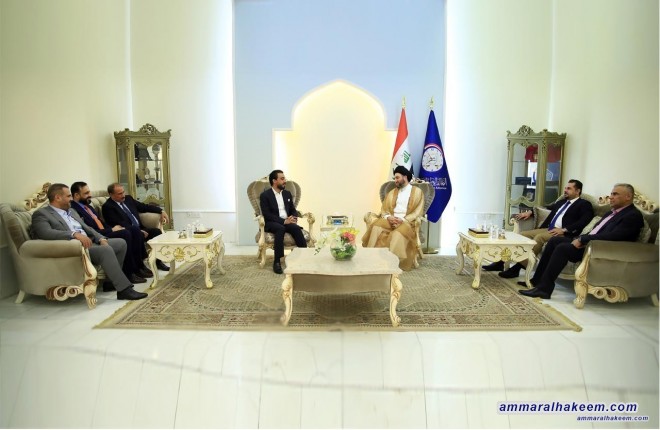 Head of the National Iraqi Alliance, Sayyid Ammar al-Hakim, in his office in Baghdad received a delegation comprised of members of parliament and members of the Anbar Provincial Council headed by Anbar Governor Mohammed Al-Halbusi Saturday 4/8/2018
His eminence with the delegation discussed the latest political situation and the situation of the city after clearing the area from terrorist Deash.
His eminence stressed the importance of assuming responsibility to carry out, support and consolidate the democratic process, and the importance of reconstructing the liberated areas, and fortify the city for the return of terrorism, pointed out the importance of forming a strong equation capable of producing a government combination capable of implementing the aspirations of the people. His eminence praised the political harmony among the powers in the provindce.