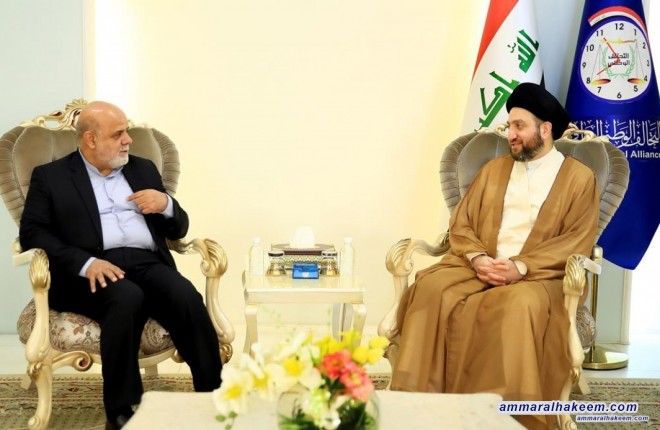 Head of the National Iraqi Alliance, Sayyid Ammar al-Hakim, in his office in Baghdad received the Ambassador of the Islamic Republic to Iraq, Iraj Masjedi Thursday 9/8/2018
His eminence with Masjedi discussed the bilateral relations between Iraq and Iran and developments in the regional and international political scene, and in particular after unilateral United States decision impose sanctions against the Islamic Republic of Iran.
His eminence stressed that weakening of Iran will result in weakening and harming the region, reiterated that imposing sanctions by the United States violate the international will and the commitments and agreements, stressed the necessity to favoure dialogue to overcome crises.