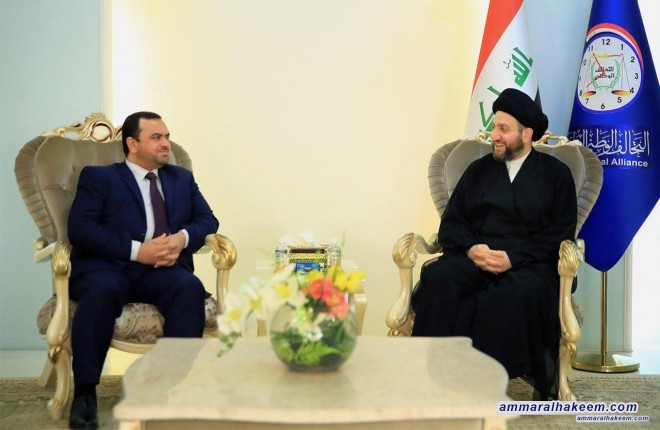 Head of the National Iraqi Alliance, Sayyid Ammar al-Hakim, in his office in Baghdad received a Delegation of the Al-Fadhila Islamic Party Sunday 12/8/2018.
His eminence discuss with delegation discussed political developments and forming the future government after announcing results of manual counting and sorting.
His eminence stressed the importance of forming a government capable of achieving the aspirations of the people and in accordance with the terms set by the religious authority, indicated the importance of excluding the future government from political rivalries.
Sayyid Ammar al-Hakim stressed on excluding Iraq from politics of the international axes, noted that Iraq could play a role in convergence of views among disagreed sides in the region.