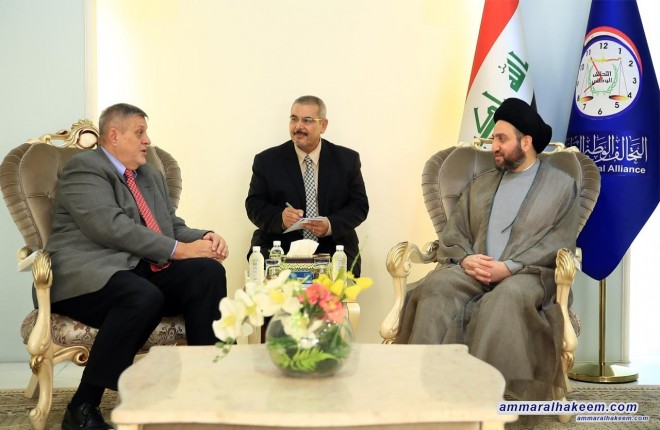 Head of the National Iraqi Alliance, Sayyid Ammar al-Hakim, received Representative of Secretary-General of United Nations, Mr. Jan Kubis Tuesday 14/8/2018
His eminence stressed on the need to form the next government in accordance with the conditions adopted by the Supreme Religious Authority, indicated that these conditions are a road map to get Iraq out of its crises, praised the role of the United Nations in the recent electoral process that took place in Iraq.
His eminence stressed the importance of stability in the region, called on the United Nations to play a greater role in mitigating conflicts and problems so that the peoples of the region can enjoy their wealth and welfare, and emphasized that the security and stability of the region is a necessity for global security and stability.
The UN representative presented a presentation on the summary of the UN Security Council regarding the situation in Iraq, Mr. Kubic praised the efforts of the Al-Hikma National Movement in convergence of views among political parties.