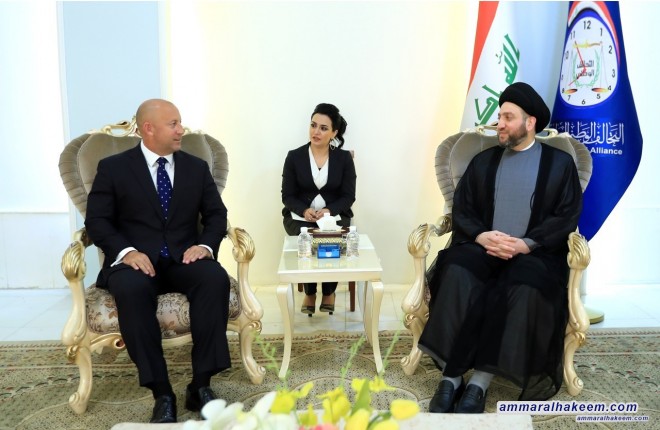 Head of the National Iraqi Alliance, Sayyid Ammar al-Hakim, at his office in Baghdad received New Zealand Ambassador to Baghdad, Mr. Bradley Sooden Monday 20/8/2018
His eminence with Sooden discussed bilateral relations between the two countries, and his eminence expressed Iraq's desire to open up to all countries of the world on the basis of common interests, called to invest promising opportunities available in Iraq in reconstruction and development.
Regarding the political situation, his eminence stressed that Iraq is approaching the stage of consolidating democracy, noted that the government of the national majority in the next phase is considered an urgent necessity. And the conditions set by the religious authority for the future government is a road map to transit through the phase, provide services and fulfill the aspirations of the Iraqi people.