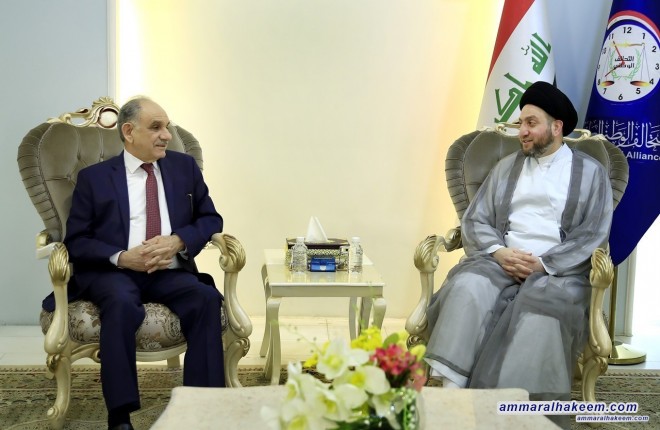 Head of the Al-Hikma National Movement, Sayyid Ammar al-Hakim, in his office in Baghdad received the head of the National Dialogue Front, Dr. Saleh al-Mutlaq Tuesday 28/8/2018
His eminence with Mutlaq discussed the largest bloc and the future government, stressed the importance of forming a strong government, capable of providing services and under timeframe, pointed out the importance of political majority during the current phase to form the pro-government and opposition in the parliamentary system.
His eminence called on the political blocs to favoure national interest over private and groups interests, stressed the need to meet the requirements of success confirmed by the Supreme Religious Authority and fulfill the rightful demands of the demonstrators.
Regarding the governmental political program, his eminence indicated the importance of having a realistic program built on the basis of current priorities, stressed the possibility of solving problems if there is a will to find solutions.