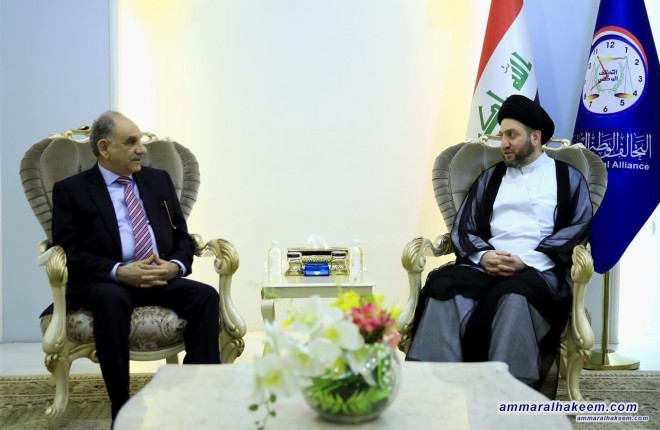 Head of the Al-Hikma National Movement, Sayyid Ammar al-Hakim, in his office in Baghdad received the head of the National Dialogue Front, Dr. Saleh Al-Mutlag Saturday 1/9/2018
His eminence with Mutlaq discussed latest developments in the political situation and the upcoming entitlements, his eminence stressed the need to proceed with the national majority project as one of the necessities of the current phase and the best way to form a strong government that is capable of providing services according to a specific program and clear timelines.
His eminence also discussed the outcome of the dialogue with the political powers in the Kurdistan region, and his eminence stressed on commitment to the constitutional deadlines and standards and preparing for the next parliament session.