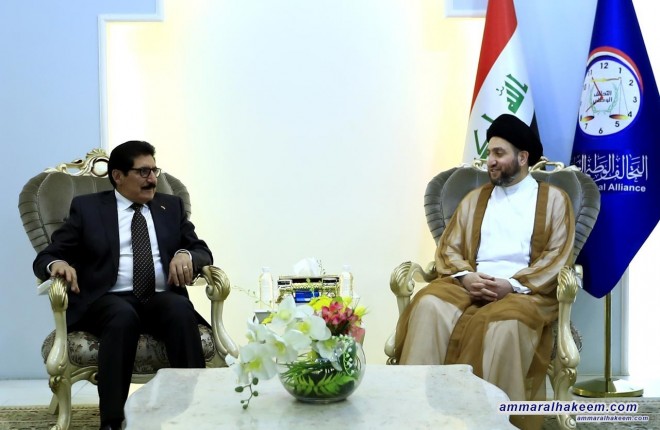 Head of the Al-Hikma National, Sayyid Ammar al-Hakim, in his office in Baghdad received the Kurdish negotiating delegation in Baghdad, and discussed ongoing dialogues to form the largest bloc Sunday 2/9/2018
His eminence stressed the importance of the national majority project, which represents a realistic solution to many of problems that Iraq is facing on political and service provision levels. His eminence underlined the importance of institutionalizing the upcoming alliance and realize the institutional state in the administration, and stressed on national interest and invoking the matter in all of dialogues.
The Kurdish delegation considered the national majority project successful and viable, pointed out the importance of forming a strong government capable of serving the Iraqi people.