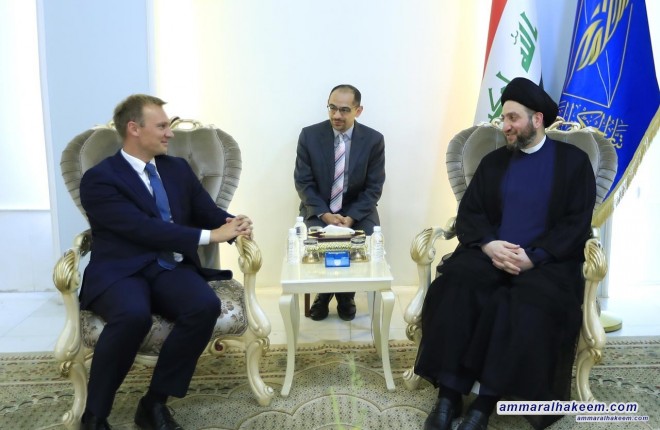 Head of the Al-Hikma National Movement, Sayyid Ammar al-Hakim, in his office in Baghdad received Norwegian delegation headed by the political advisor of Norway Foreign Affairs, Mr. Bard Thorheim Monday 10/9/2018
His eminence with the delegation discussed latest developments in the political situation in Iraq, the region and the world, pointed out the Iraqi situation and the victories achieved by Iraq during the fight against terrorism and challenges to national unity and confronting sectarianism and racism, and stressed the importance of winning the service challenge.
His eminence stressed Iraq's need for a strong, capable and serving government to achieve the aspirations and end crises of the Iraqi people , indicated that it can be achieved by a strong team, and the realistic program based on priorities and specific deadlines, pointed to the need for the national majority at the current times and the next phase to create a strong government and an opposition able to rectify and monitor.