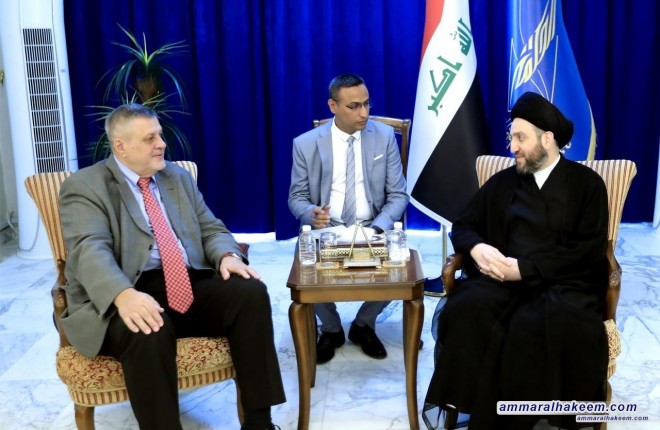 Head of the Al-Hikma National Movement, Sayyid Ammar al-Hakim, in his office in Baghdad received the representative of the Secretary-General of the United Nations in Iraq, Mr. Jan Kubic, Wednesday 12/9/2018
His eminence with Kubis discussed the latest political situation in Iraq and the the future government.
His eminence renewed his vision indicating the importance of forming a strong and capable government in accordance with the conditions set by the Supreme Religious Authority, described these terms of success a roadmap to save Iraq from political, service and security crises.
His eminence pointed out that the national majority government is a necessity for the upcoming phase, pointed out that the national majority contributes in forming of pro-goverment and opposition that will monitor, evaluate and diagnose imbalances, and called on the political blocs to prioritize public interests over private interests and commit to constitutional deadlines.