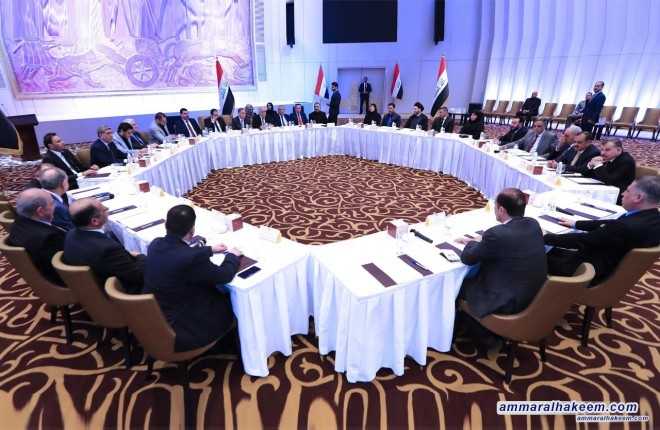 The meeting stressed on the importance of openness to Kurdish political powers and Al-Bina (building) Alliance powers to form the government, urged Kurds meeting participants to resolve issue of Iraq's presidency position in accordance with national criteria, conferees stressed to address movement among representatives from one lists to other lists and other blocs to be reflected in the election law plus unifying the government program, consultation on strategic issues and the selecting important positions.