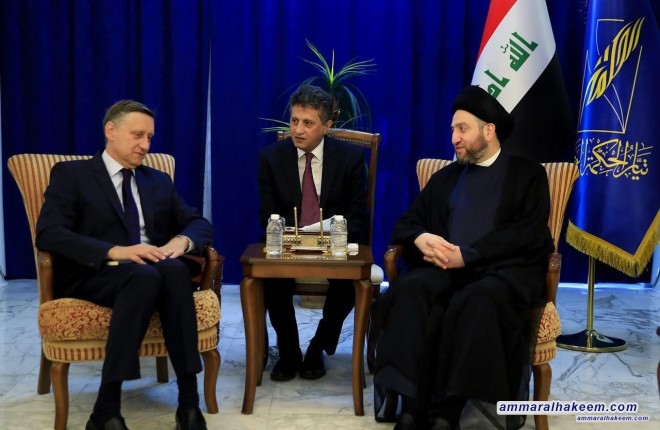 Head of the Al-Hikma National Movement, Sayyid Ammar al-Hakim, in his office in Baghdad received German Ambassador to Baghdad Cyrill Nann Wednesday, 26/9/2018
His eminence with Nann discussed bilateral relations and stressed the importance of developing relations to serve the interests of both countries.
His eminence pointed out that Iraq needs a strong and capable government to achieve the aspirations of the Iraqi people, stressed the importance of adherence to constitutional deadlines and that the future government is under a timeframe to implement government program according to priorities.
His eminence renewed rejection to sanctions, calling for dialogue to resolve problems between the countries of the region and the world.