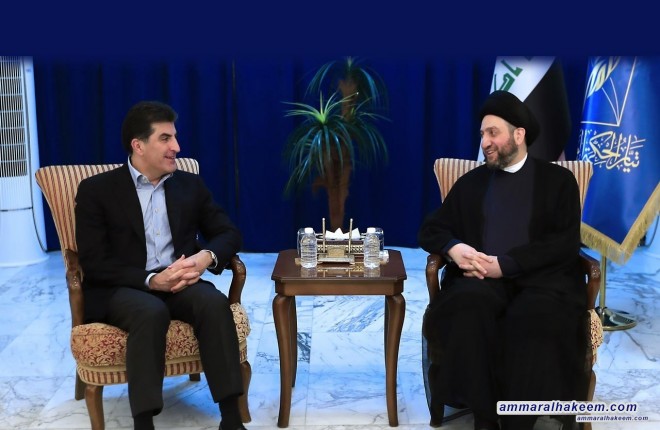 Head of the Al-Hikma National Movement, Sayyid Ammar al-Hakim, in his office in Baghdad received, Mr. Nechirvan Barzani and accompanying delegation Monday 1-10-2018
His eminence with Barzani discussed the presidency post and the remaining constitutional entitlements, and emphasized on the necessity of concluding the options and commitment to the constitutional deadlines. His eminence stressed that the position of President of the Republic is not exclusive for a certain side and that the President of the Republic should take into account that he represents everyone and does not represent a specific party, and called upon the future president to be close to both Baghdad and Erbil, plus the importance of integration between the executive and legislative authority and work according to the “Iraq First” title during international relations and regional relations.