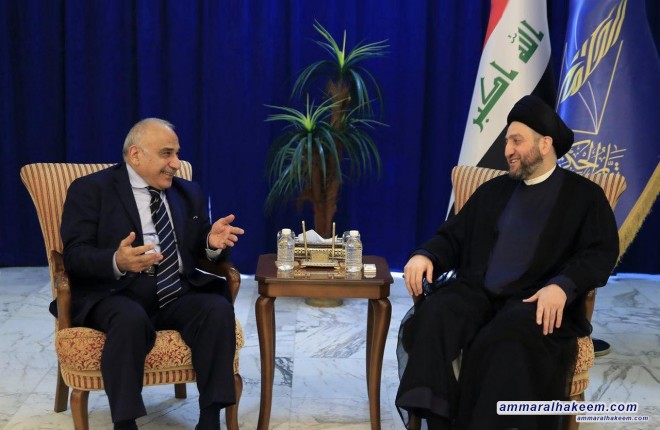 Head of the Al-Hikma National Movement, Sayyid Ammar al-Hakim, in his office in Baghdad received Prime Minister-designate, Mr. Adil Abdul-Mahdi Thursday 11/10/2018
His eminence with Abdul-Mahdi discussed forming the next government and stressed the importance of providing services and achieving the aspirations of the people, noted the importance of a government program that is based on priorities and managed by a specific deadlines. His eminence emphasized on the importance of integration among the legislative and executive powers and drafting laws for the structure of the State of Iraq and the political system.
His eminence stressed on the importance of the efficiency criteria when assigning ministers and taking into account national balance and empowerment of women and youth in the future government.