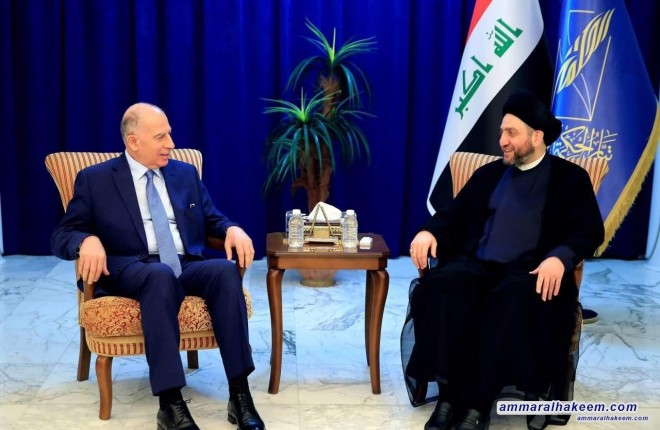 Sayyid Ammar al-Hakim received in his office in Baghdad Head of the Al-Qarar (Desicion) Alliance, Mr. Osama al-Nujaifi, Sunday 14/10/2018
His eminence with Nujaifi discussed the latest political situation and forming the government, stressed the importance of forming a strong government based on priorities and approved time-bound program, called to support the next government and the Prime Minister in completing his mission considering that everyone are accountable for reform as it is a joint responsibility, and emphasized communicating with political blocs in order to achieve the convergence of views and finalize visions and ideas that will take Iraq out of political and service crises.