The Reform and Building Alliance headed by Sayyid Ammar al-Hakim, with the Political Bureau of the KD discusses entitlements and forming the government 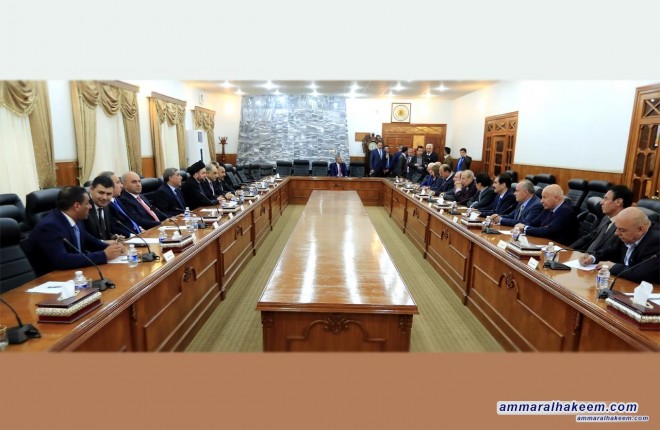 The Reform and Building delegation under the chairmanship of Sayyid mmar al-Hakim, currently visiting Erbil met the Political Bureau of the Kurdistan Democratic Party Sunday 14/10/2018
Delegation discussed the latest political situation in Iraq and the region, forming the future government and the participation of the Kurdsin the government.
Sayyid Ammar al-Hakim stressed the importance of giving priority to the public interest over private interests, called all to assume responsibilities towards the reform that is sought by all, emphasized that the reform should be a course of action and not a mere slogan.
The meeting also covered the future government and the responsibilities mandated to political blocs and the Prime Minister-designate, stressed the importance of attending and the representation of all the Iraqi components.