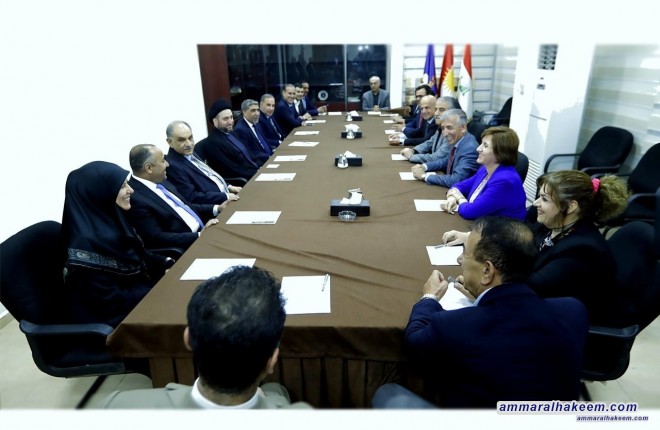 Delegation with Gorran Movement leaders discussed latest political situation in Iraq, forming the government and the responsibilities to support the government course of action in the next phase and completion the remaining constitutional entitlements.

Sayyid Ammar al-Hakim stressed that the task of forming the government and its success is a responsibility of all (political powers- the Prime Minister-Designate), stressed the need to provide a strong and competent government capable of achieving the aspirations of the Iraqi people and fighting corruption, pointed out the need to address the issues between Baghdad and Erbil through dialogue and adherence to the Constitution, and to give priority to the public interest over private interests, called upon on everyone to demonstrate the approach of meeting in the middle and waiver to Iraq and the interest of the people, stressed on provision of services and employment opportunities, and achieve political and economic reform.