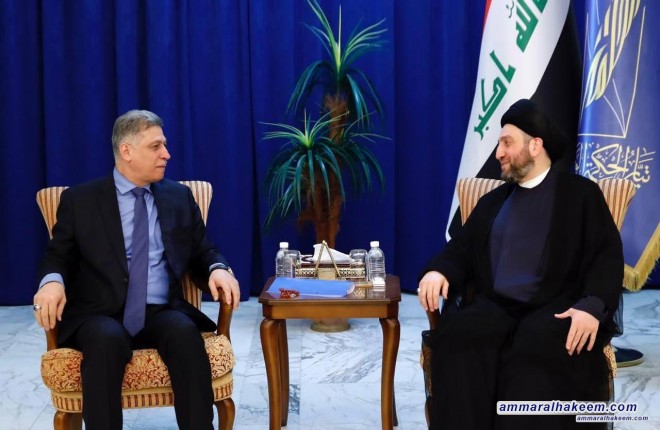 Head of the Al-Hikma National Movement, Sayyid Ammar al-Hakim, in his office in Baghdad received the head of the Turkmen Front, Mr. Arshad al-Salhi Wednesday 17/10/2018
His eminence with Salhi discussed forming the government and the status of the Iraqi components in its structure.
His eminence discussed with Salhi support to the next government in its reform process with the cooperation and consultation of the political blocs considering the parliamentary system, described the Turkmen component original, and stressed observing the balance provided by the Constitution.
His eminence stressed the importance of excluding and keeping Iraq away from the policy of axes, and favoring the Iraqi interest over any other consideration.