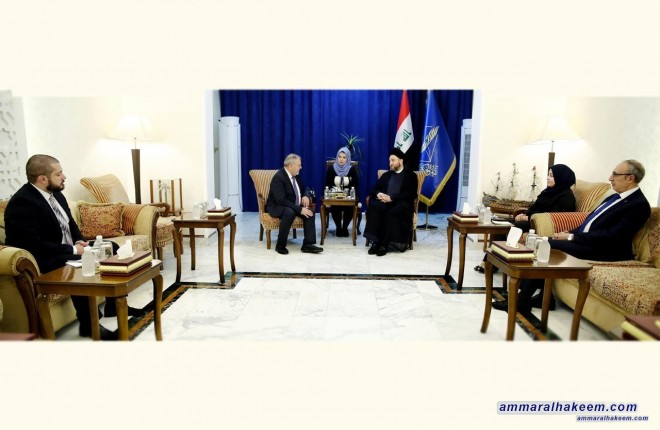 Head of the Al-Hikma National Movement, Sayyid Ammar al-Hakim, in his office in Baghdad received the Romanian Ambassador to Iraq Iacob Prada, Wednesday 7/11/2018
His eminence with Prada discussed the bilateral relations between Iraq and Romania and means of enhancing them in all fields, plus developments in political and security situations in Iraq and the region.
His eminence pointed out the necessity of sustainable international support for Iraq in fighting sleeper cells, eradicating terrorism and promoting the great military victory against Daesh terrorist gangs, pointed out the necessity of cooperation between the two countries and contributing to building and reconstruction through active participation of Romanian companies in Iraq.
Romanian Ambassador Prada confirmed his country's sustained support for Iraq in its fight against terrorism, the economy and participating in the reconstruction of the country.