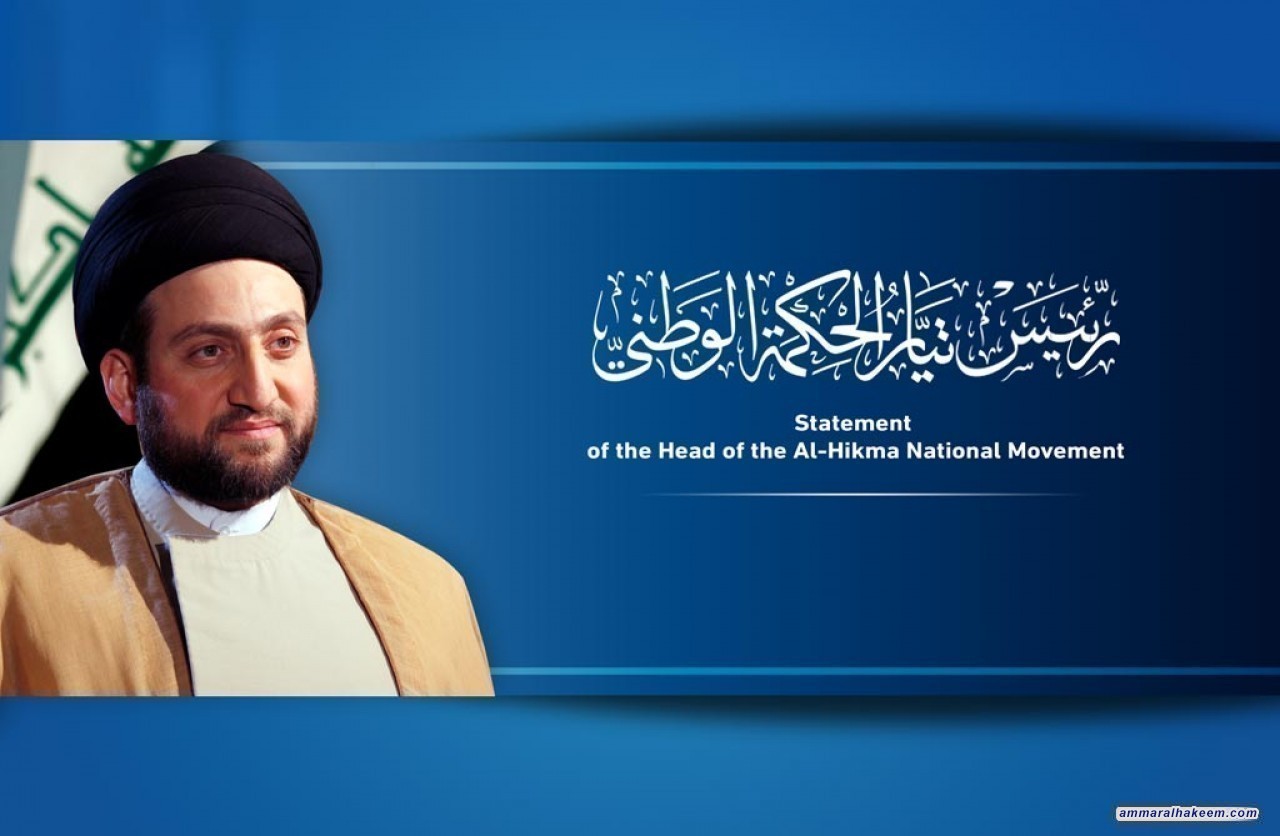 Sayyid Ammar al-Hakim: Mosul bombing is a dangerous development and we call on security leaders to integrate intelligence and proactive plans

Head of the Al-Hikma National Movement, Sayyid Ammar al-Hakim, expressed his deep concern over the recent security breach in Right Bank of Mosul, that targeted a popular restaurant and resulted dozens of people in casualties, described the attack a serious development and an attempt to prove the existence of Daesh, create disorder, and deterioration of status.
His eminence pointed out that these acts a the results of the collapse of the terrorist project and after Iraq became politically harmonized and moving towards reconstruction and reform, warned a increase of these criminal activities, and urged the security leaders to integrate security, intelligence and proactive planning in order to prevent these malicious schemes and protect the security of the homeland and the citizen.