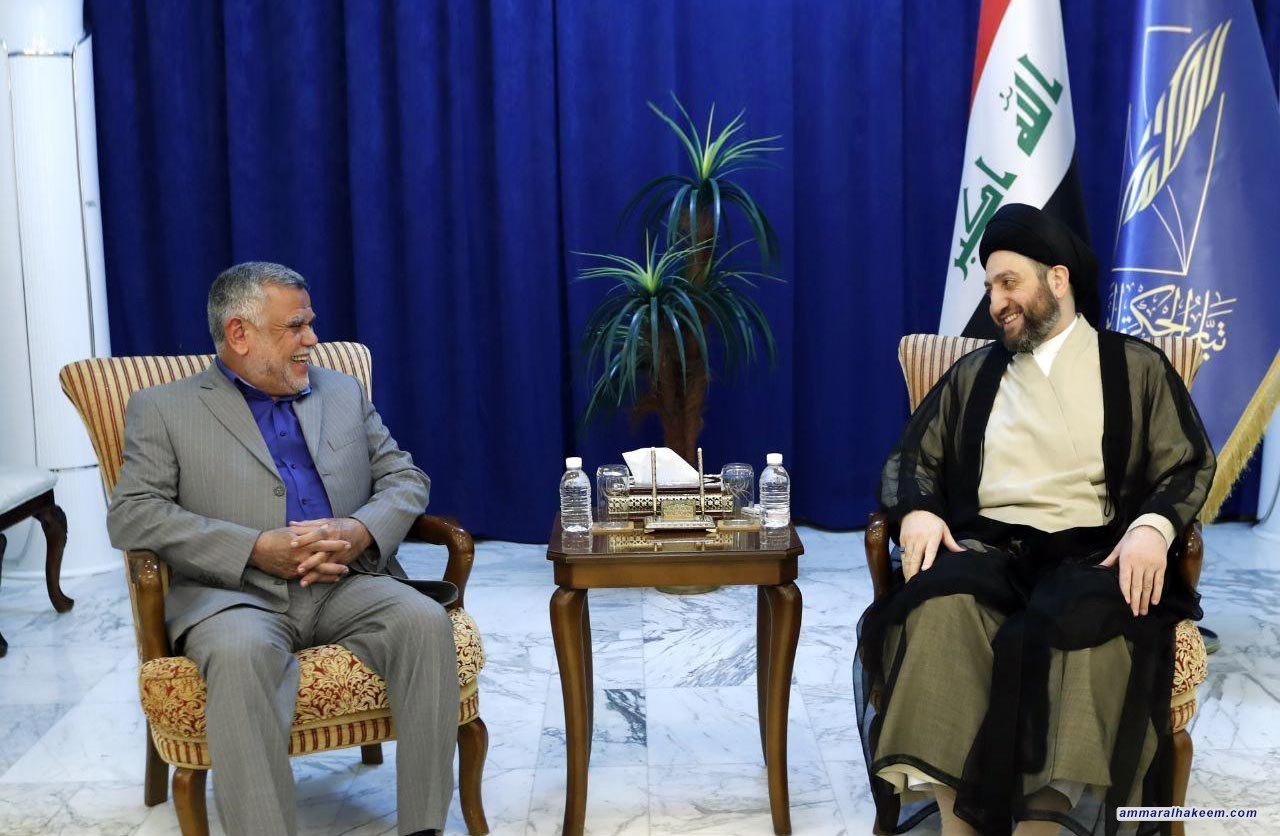 Head head of the Al-Hikma National Movement, Sayyid Ammar al-Hakim, in his office in Baghdad received Secretary General of the Badr Organization, Mr. Hadi al-Amiri Thursday 15/11/2018
His eminence with Amiri discussed completing the government cabinet, stressed the necessity of assuming responsibilities as it is a joint effort, emphasized on provision of services, job creation and the fight against corruption, and considered depending on patience of the Iraqi people a great risk.
Sayyid Ammar al-Hakim also discussed with Amiri regional affairs and how Iraq is effected by and the impact of Iraq ib the region, stressed the need to sustain meetings and introduce the new Iraq reality.