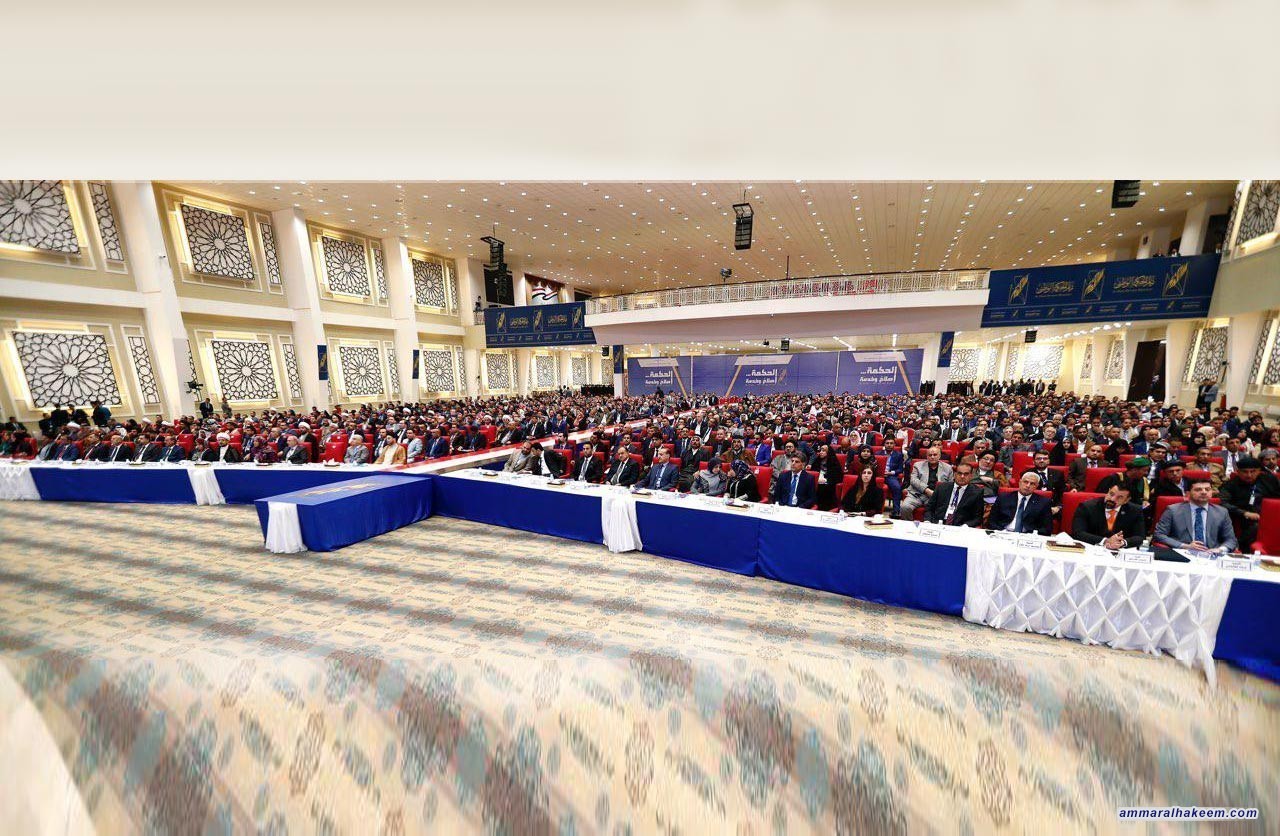 Sayyid Ammar al-Hakim: Our priorities are institutionalizing of the Reform and Reconstruction Alliance, introducing the Al-Hikma project, and we renew rejection to sanctions against Iran

Head of the Al-Hikma National Movement, Sayyid Ammar al-Hakim, at the annual meeting of the General Conference of the Al-Hikma National Movement, stressed the importance of moving from internal construction to the broader community service, called on the members of the Al-Hikma Movement to have a serving approach l, self-development, possess influence, and indicated that priorities include the institutionalization of the Reform and Reconstruction Alliance and deepening national openness.
His eminence stressed on empowerment of women and youth, emphasized on the definition of the Al-Hikma project because it was built on the basis of the phase, priorities and requirements, pointed to government's support in achieving its ambitious program and the importance of meeting the aspirations of the Iraqi people.
Regarding the political situation, his eminence indicated the value of peaceful transfer of power showed by Iraq, reiterated his rejection of the federal sanctions on the Islamic Republic of Iran, pointed out its risk to international norms and laws, and stressed that the solution in Yemen is totally political, plus emphasized that the Syrian government is the legitimate government in Syria, Syrian army must extend its authority over the entire Syrian territory.