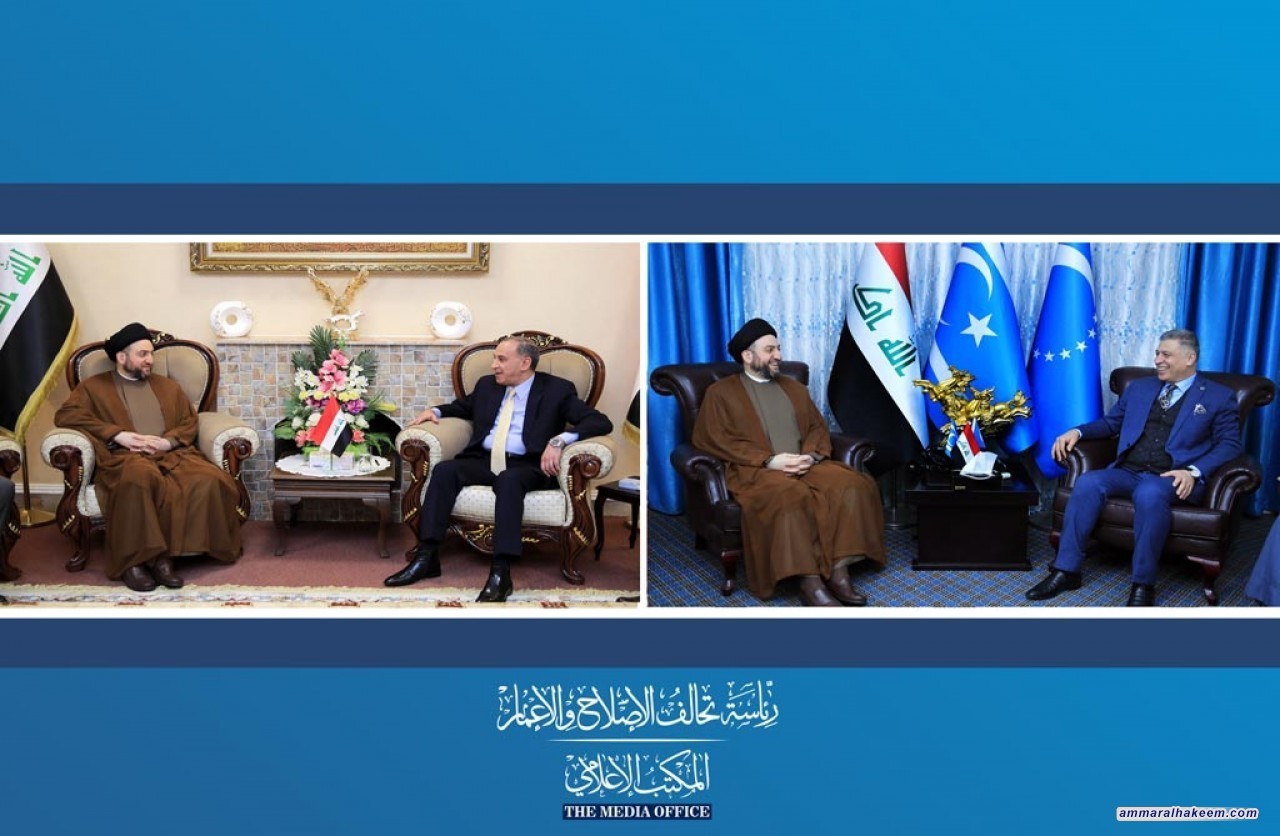 Head of the Reform and Reconstruction Alliance, Sayyid Ammar al-Hakim, met with Mr. Khalid al-Obeidi, then with head of the Turkmen Front, Mr. Arshad al-Salhi Thursday, 22/11/2018
His eminence discussed the political situation, the situation of Mosul city and the Turkmen component, and institutionalizing to the Reform and Reconstruction Alliance.
His eminence stressed the need to control security situation in the city of Mosul, and maintaining its stability. And highlighted Turkmen component originality in the Iraqi community and its roles in the face of the dictatorial regime and building of a new Iraq
His eminence called to provide services and mitigate Turkmen suffering. And stressed on fight corruption and intolerance with the corrupts, and that the institutionalization of the Reform and Reconstruction Alliance have a positive impact on the political process.