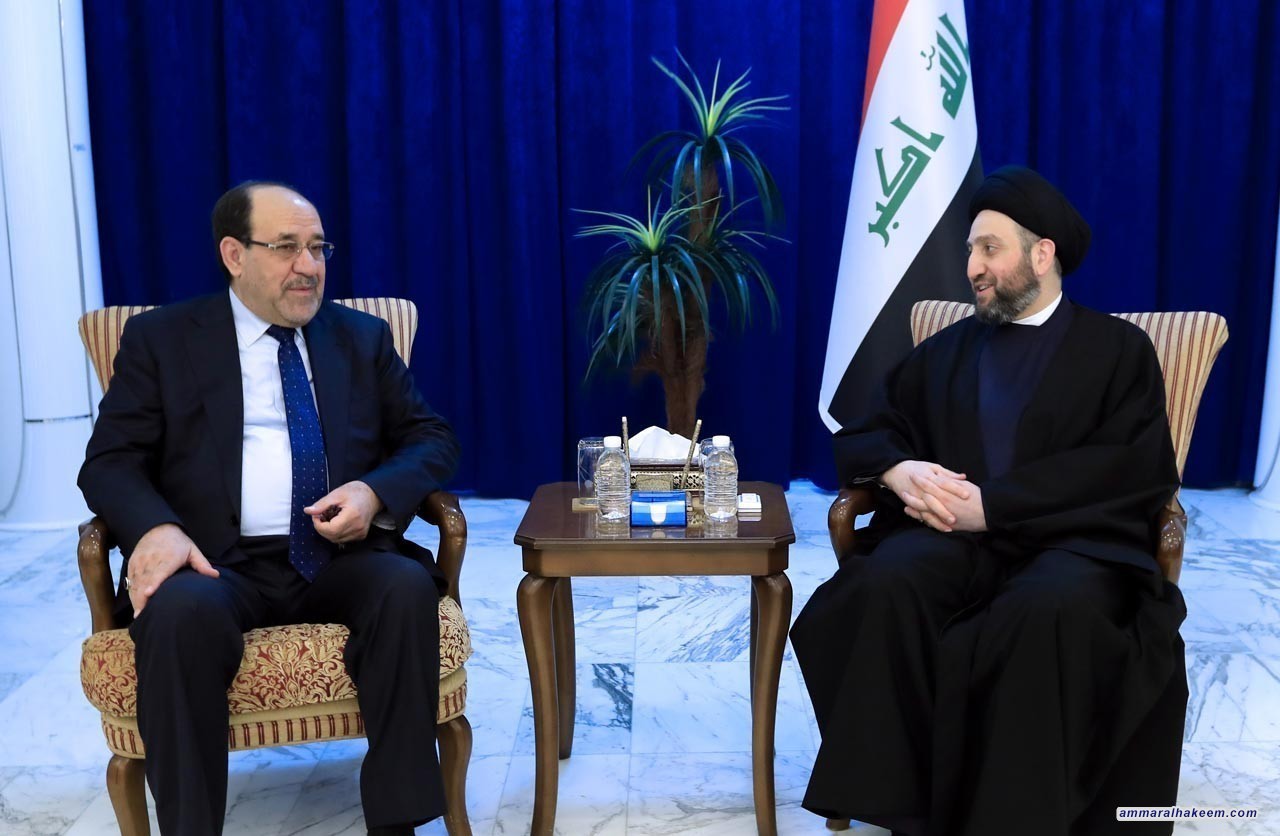 Head of the Reform and Reconstruction Alliance, Sayyid Ammar al-Hakim, in his office in Baghdad, met with head of the State of Law Coalition, Mr. Nuri al-Maliki Sunday 2/12/2018

His eminence renewed his support to the federal government and called to complete the government cabinet so to implement the government program, stressed the need to pass necessary legislation that supports provision of services, fighting corruption and making job opportunities.

Regarding the relationship between Iraq and its regional environment, both agreed on excluding Iraq from the policy of axes and starting relations on the basis of common interests.