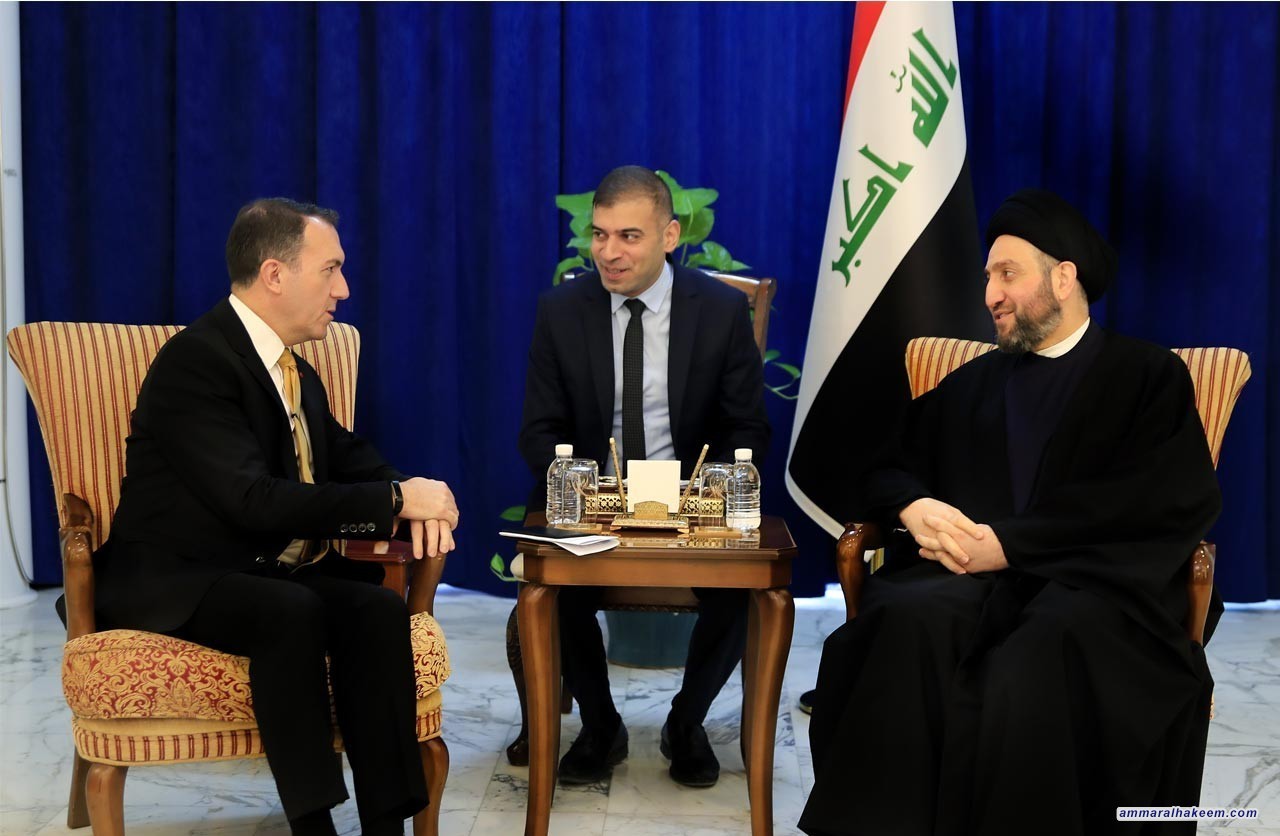 Head of the Reform and Reconstruction Alliance, Sayyid Ammar al-Hakim, in his office in Baghdad received Turkish Ambassador to Iraq, Mr. Fatih Yildiz Sunday, 16/12/2018
His eminence with Yildiz discussed latest developments in the political situation in Iraq and the region, stressed respecting the sovereignty of Iraq and exclude Iraq from any regional and international conflict, called to adopt dialogue to resolve issues, coordinate positions and consider commonalities to achieve the highest benefit for both countries.
His eminence stressed that Iraq, by virtue of its diversity, is capable and qualified converging views and bring protagonists closer, and his eminence pointed to the model presented by Iraq the peaceful transfer of power and the exchange of roles, and stressed that services is the top priority for the next phase.