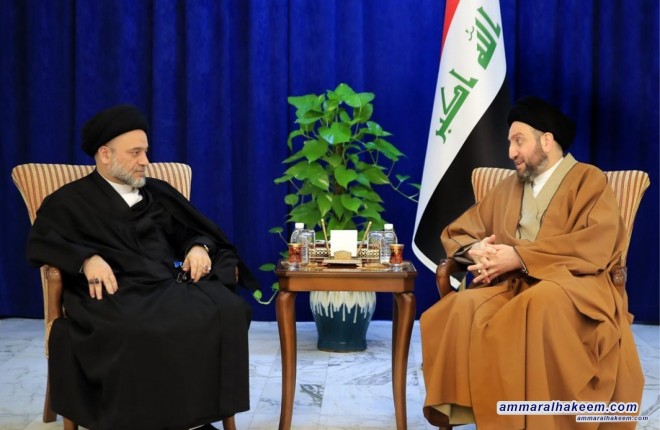 Head of the Reform and Reconstruction Alliance, Sayyid Ammar al-Hakim, in his office in Baghdad received Head of Shiite Endowment Office, Sayyid Alaa Al-Mousawi Monday 17/12/2018
His eminence with Mousawi discussed latest developments in the political situation, and supporting of religion institutions.
His eminence pointed to the need to support the religion institution, and the importance of proceeding in social victory achieved by defeating terrorist Daesh, indicated that provision of services will be crowning victory for all previous victories, and praised the role of holy shrines in supporting fighters and a number of popular mobilization forces units.