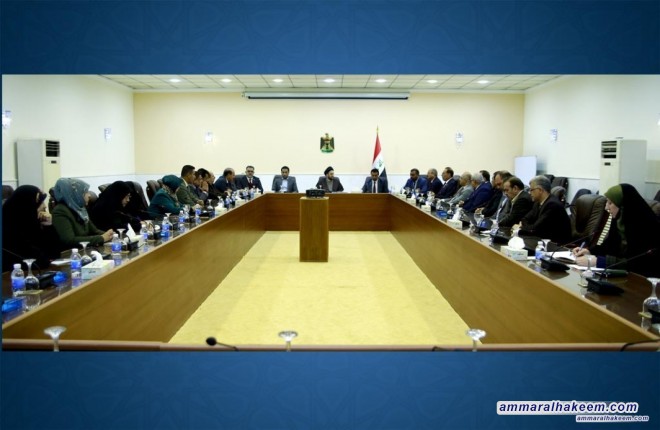 Head of the Reform and Reconstruction Alliance, Sayyid Ammar al-Hakim, in his office in Baghdad received the Alliance's bloc in Baghdad Provincial Council, congratulated forming the bloc in Baghdad and other local governments in provinces of Iraq.
His eminence indicated that forming the Alliance's blocs resulted from the Alliance's political authority decision, pointed to the importance of providing services in Baghdad, especially in Baghdad outskirts and in neighborhoods and cities significantly suffering from lack of service, called to focus on infrastructure, and warned of the consequences of political influence on service provision progress.
His eminence stressed the need to complete institutionalization of the Reform and Reconstruction Alliance that will benefit the political process and the stability of the political system.