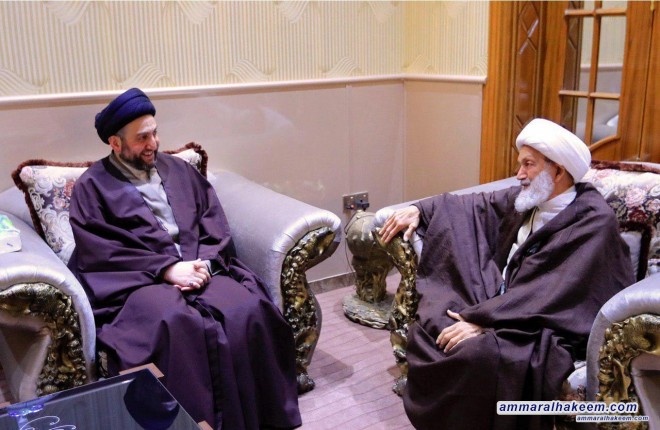 His eminence explained to Sheikh Isa Qassim that Iraq won on political level when unity of Iraq became the slogan for all and and true believe in preserving rights, and military level by defeating the terrorist Daesh, and on social level by renouncing sectarianism and racism and restoring social harmony. And pointed out the importance of service and development as a victory that all Iraqis are looking for. His eminence wished Sheikh Isa Qassim a good stay in Iraq.