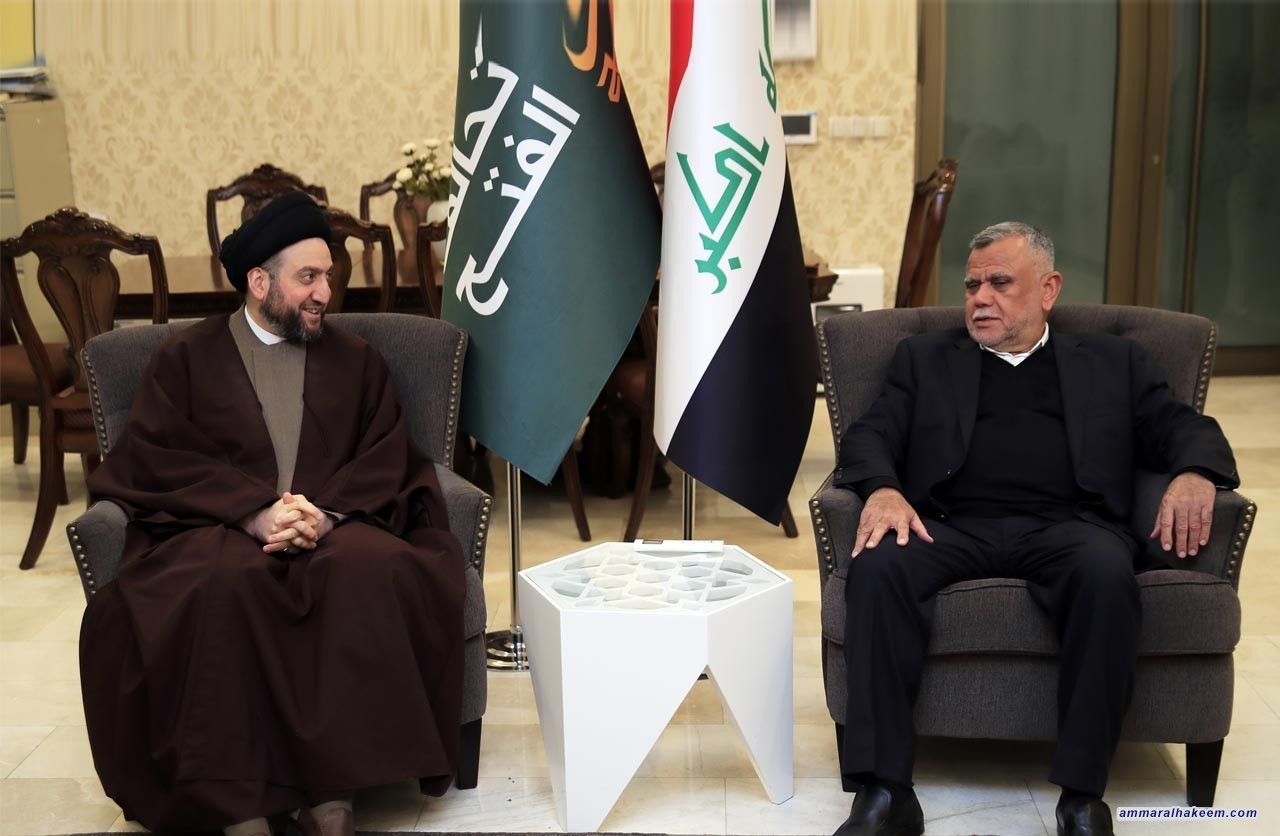 Head of Reform and Reconstruction Alliance, Sayyid Ammar al-Hakim, met with head of the Fatih Alliance, Mr. Hadi al-Amiri, at the latter's office in Baghdad Saturday 29/12/2018
His eminence with Amiri discussed latest political situation, his eminence stressed the need to coordinate and unify visions between the two alliances to serve the public interest.
The meeting covered completing government cabinet and supporting the government in implementing its service and development program, stressed to focus on priorities of current phase represented in service, job opportunities, fighting against corruption and support social harmony.
His eminence emphasized on institutionalizing the two major alliances, because impact on the stability of political system. His eminence talked about the achieved steps in institutionalizing the Reform and Reconstruction Alliance.