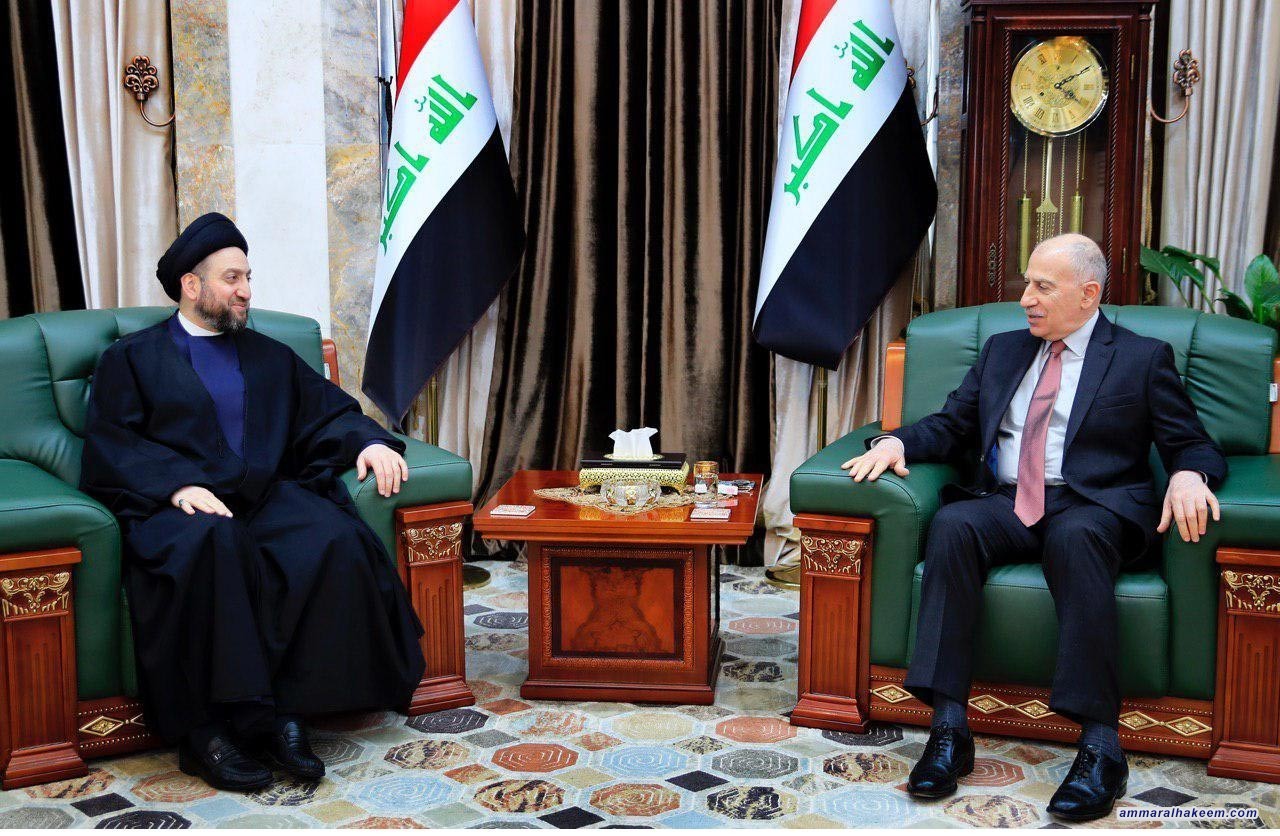 Head of the Reform and Reconstruction Alliance, Sayyid Ammar al-Hakim, with the head of the Al-Qarar (The Desicion) Alliance and a leader of the Reform and Reconstruction Alliance, Mr. Osama al-Nujaifi Sunday 30/12/2018
His eminence with Nujaifi discussed the latest political situation in Iraq and completing the government cabinet as well as institutionalization and finalizing the committees of the Reform and Reconstruction Alliance, pointed to the importance carrying out priorities including providing services, fighting corruption and providing job opportunities. And stressed the importance of selecting ministers characterized by competence, integrity and management capacity.
Regarding regional and international aspects, his eminence discussed developments in the regional political scene and the extent of its impact on Iraq, especially after the United States of America decision to withdraw its forces from Syria, stressed that Iraq is not part of any international axis and Iraq is open to everyone basing on common interests and in line with higher national interest.