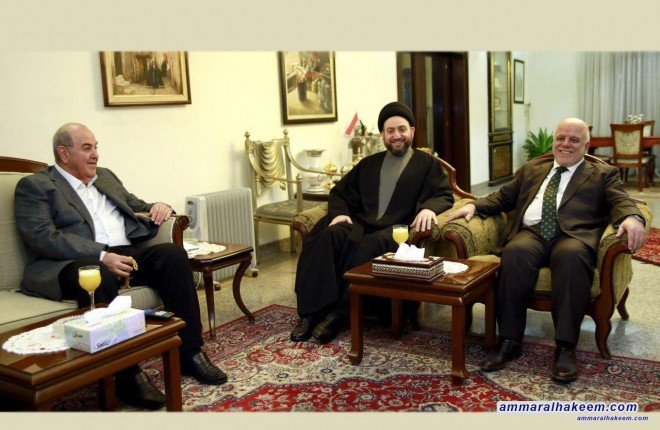 Head of the Reform and Reconstruction Alliance, Sayyid Ammar al-Hakim, met with head of the Al-Nasr Coalition, Dr. Haider al-Abadi, and the head of the Al-Wataniya List, Dr. Ayad Allawi, Sunday 6/1/2019

His eminence called on the political blocs to assume their responsibilities to end political impasse, stressed the importance the openness of the Reform and Reconstruction Alliance in the national political arena, especially to the Al-Bina Alliance, and the importance of unifying visions on issues of higher national interest.
His eminence discussed latest political situation, especially the necessity of completing the government cabinet as soon as possible, and supporting the government in implementing its development and service program, and emphasized on assigning competent ministers characterized of integrity and management capacity.