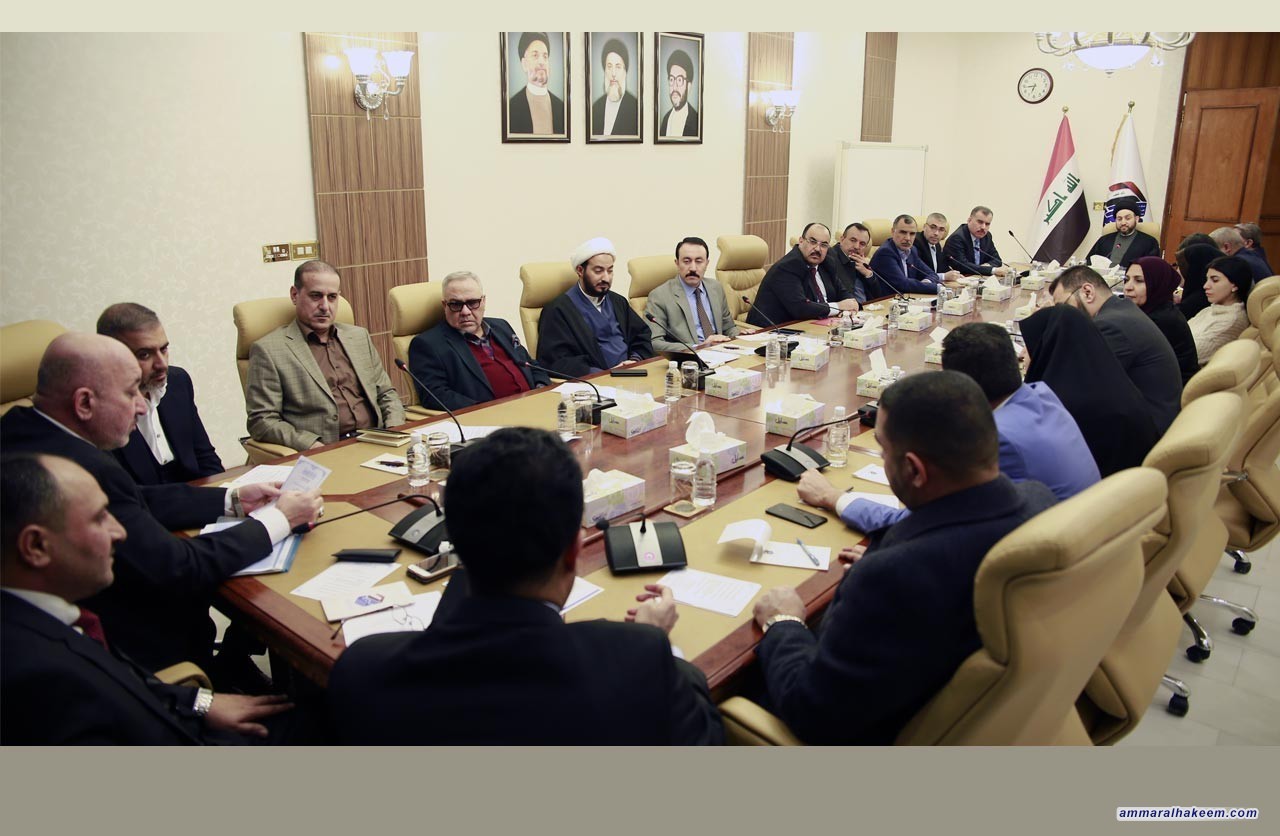 The Political Authority of the Reform and Reconstruction Alliance held its periodic meeting under the chairmanship of Sayyid Ammar al-Hakim, head of the Alliance Monday 7/1/2019.
Conferees discussed latest developments in the political situation, and the legislative and executive issues. Meeting concluded with a number of key points:
1- Calling upon the Prime Minister to dismiss ministers with proven legal issues.
2 - Emphasize on observance the rules of procedure of the Council of Representatives and review the voting regarding Defense and Education Ministers as it violated rules of procedure of the Council of Representatives, and to start a lawsuit before the Federal Court to challenge the mechanism of voting that violated the system.
3 - Refusing sectarian distribution of parliamentary committees presidency it is considered a threat to the national project. Distribution of posts should be based on balance between parliamentary alliances.
The meeting also covered regional and international developments as well as important laws that will be discussed in the current legislative session.