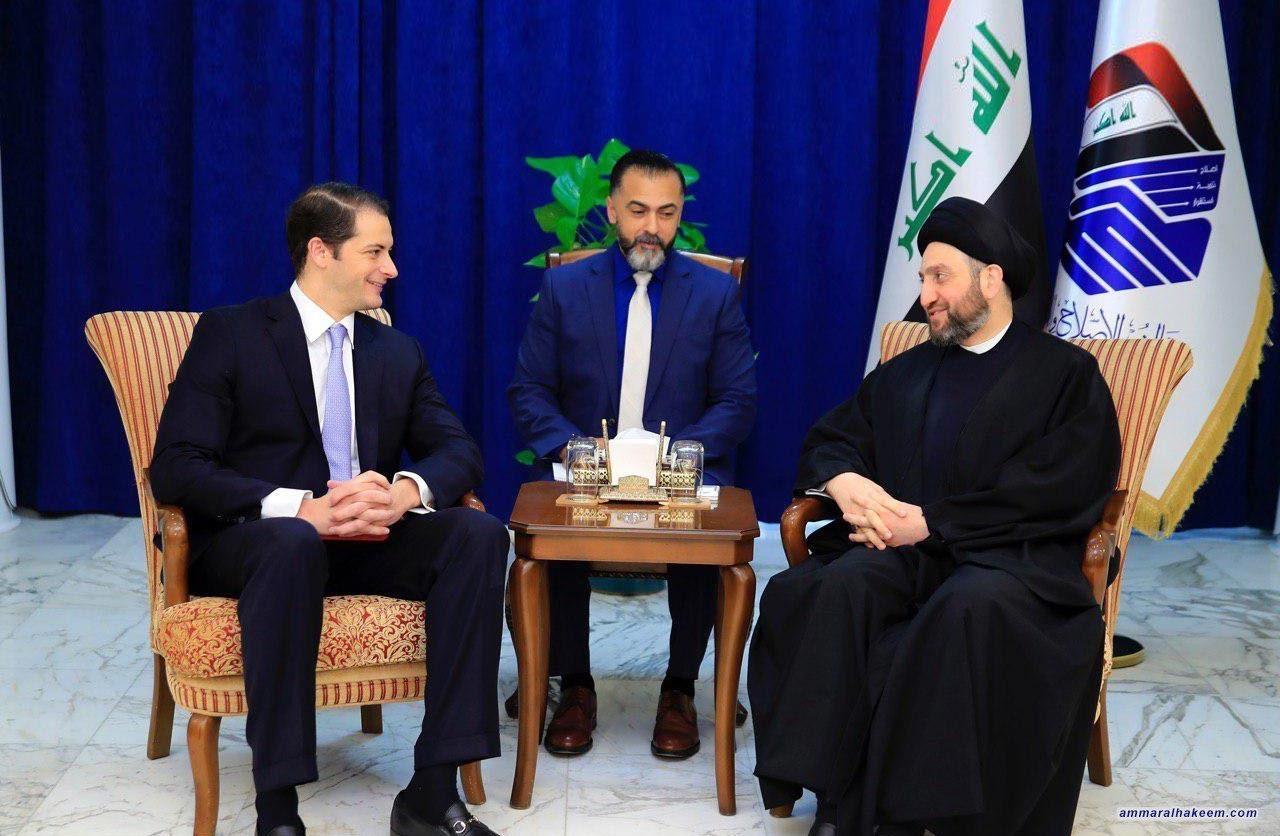 Head of the Reform and Reconstruction Alliance, Sayyid Ammar al-Hakim, in his office in Baghdad received Assistant Undersecretary of State, Mr. Andrew Peek with US Ambassador Douglas Silliman Friday 25/1/2019
His eminence discussed latest political situation in Iraq and the region, and anti-terrorism issue.
His eminence pointed to the nature of variables witnessed by Iraq during the current stage, including forming the government, assigning an independent personage to manage it and being authorized by some of the blocks to choose ministers ti be elected, pointed out the nature of alliances formed away from sectarian and privateinterests and moving towards the national interest.
His eminence emphasized institutionalization of major alliances, which is important for the stability of the political process, called for dialogue to solve the problems of the region, noted it's impact and influence in the region and that the solution is political no matter how long it takes.
Regarding regional issues, his eminence reiterated his rejection of the policy of starving peoples through unilateral sanctions, which are a dangerous precedent in the international relations. And warned against complacency with terrorism and alerted to terrorism attempts to prove existence. His eminence called on the international community to shoulder its responsibilities towards security and stability of Iraq, and reminded that the security and stability of the world is directly linked to the stability and security of Iraq.