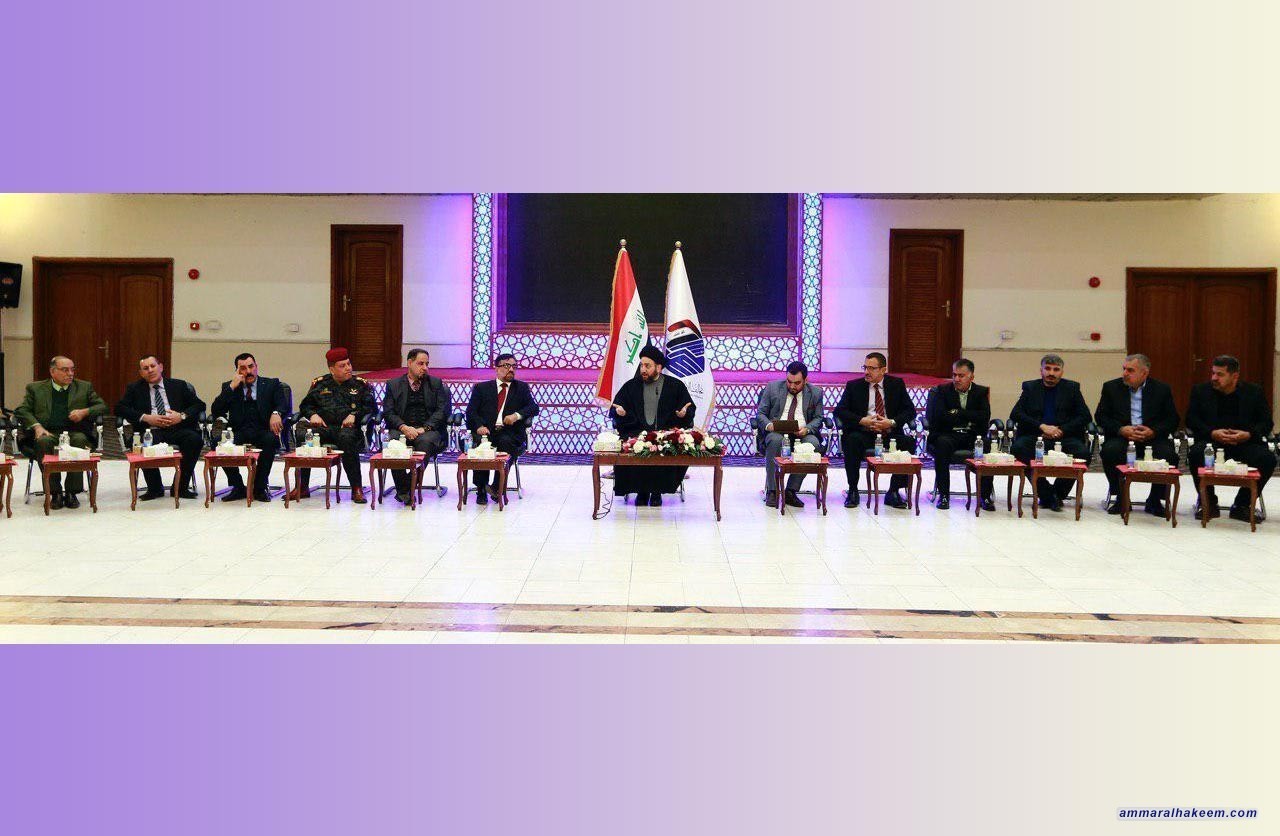 Sayyid Ammar al-Hakim: It is time for the Feyli Kurds to rise with a comprehensive project that unify and demand rights

Head of the Reform and Reconstruction Alliance,Sayyid Ammar al-Hakim, in his office in Baghdad received a big delegation of the Iraqi Alliance of the Feyli Kurds, headed by Sheikh Asad Al-Feyli accompanied by a Alliance leaders and political office members, Tuesday 30/1/2019
His eminence recalled the historical relations between the Feyli Kurds and Shahid al-Mihrab and Aziz Iraq (sanctify their souls). His eminence emphasized that Kurds were subjected to a great injustice, indicated that the time had come for them to embark on a project that unite the lines and demand rights in a systematic manner.
His eminence called for not only remembering theses grievances, but to carry out serious work to raise these issues, stressed to invest in the relatively stable status in work and making the concept of ​​the comprehensive project closer to success, expressed his support and willingness to stand with this experience and support it on the political level.
His eminence stressed the need to empower young people to work and develop their capacities.
The Feyli Kurds delegation expressed their pride in the privilege for Sayyid Ammar al-Hakim for supporting and assisting the project of the Iraqi Alliance. And affirmed suffering of great injustice in the previous era, in which not all unfairness were were corrected. And expressed their pride in the great national role represented by Sayyid Ammar al-Hakim and the historical relation with the Shahid al-Mihrab and Aziz of Iraq.