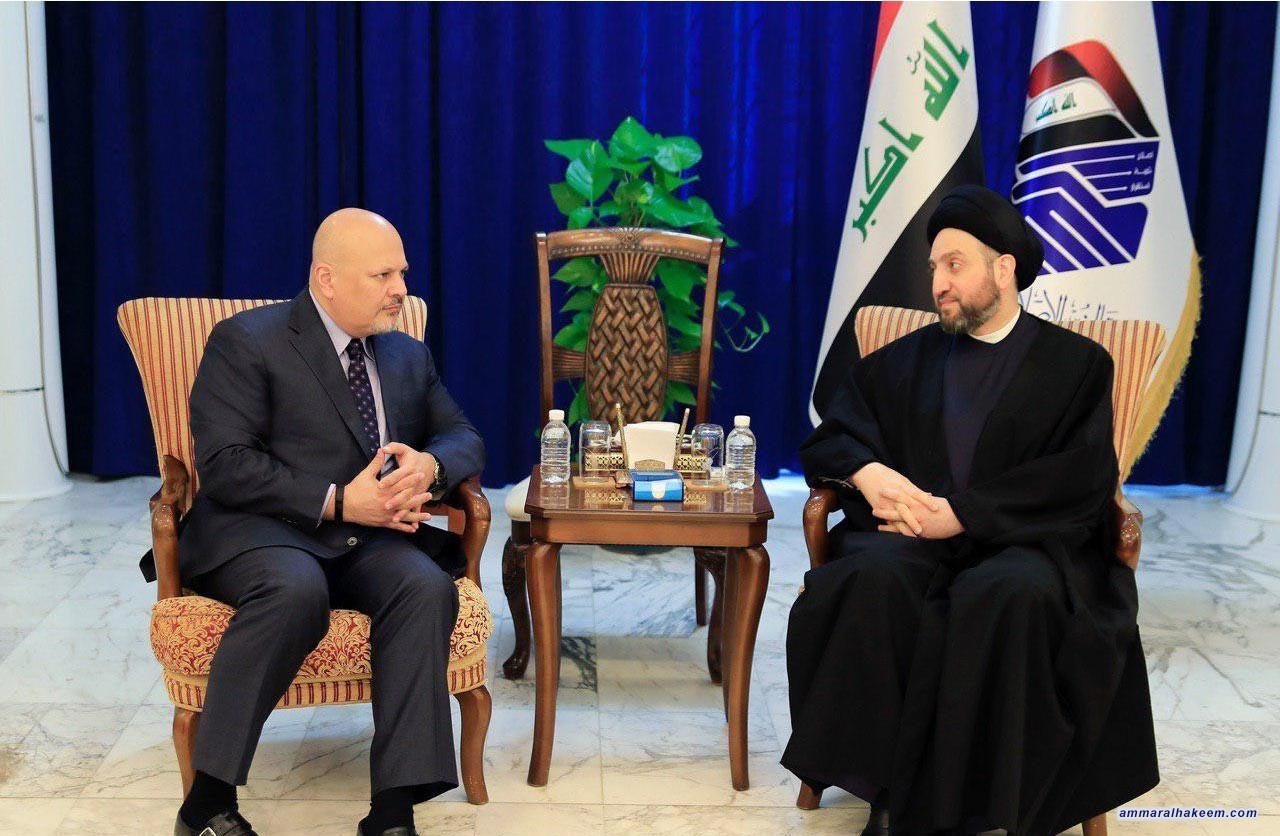 Head of the Reform and Reconstruction Alliance, Sayyid Ammar al-Hakim, in his office in Baghdad received the Special Adviser and Head of the Investigative Team for the Promotion of Accountability for Crimes Committed by Da'esh/ISIL in Iraq (UNITAD), Mr. Karim Ahmad Khan Wednesday 13/2/2019
His eminence wished the team success in their mission, stressed that the Iraqi people of all its components are the most afflicted people by the terrorist crimes committed by Daesh, pointed out that the Iraqis have been subjected to murder, abuse and burning by Daesh, plus targeting the civilization of Iraq and attempting to obliterate Iraq's Islamic and national identity.
His eminence called on the UN team to learn about all crimes, document them and present them to the international community and to classify these crimes under genocide and crimes against humanity, pointed to the importance of communication, coordination and mutual cooperation with government institutions and international missions operating in Iraq.