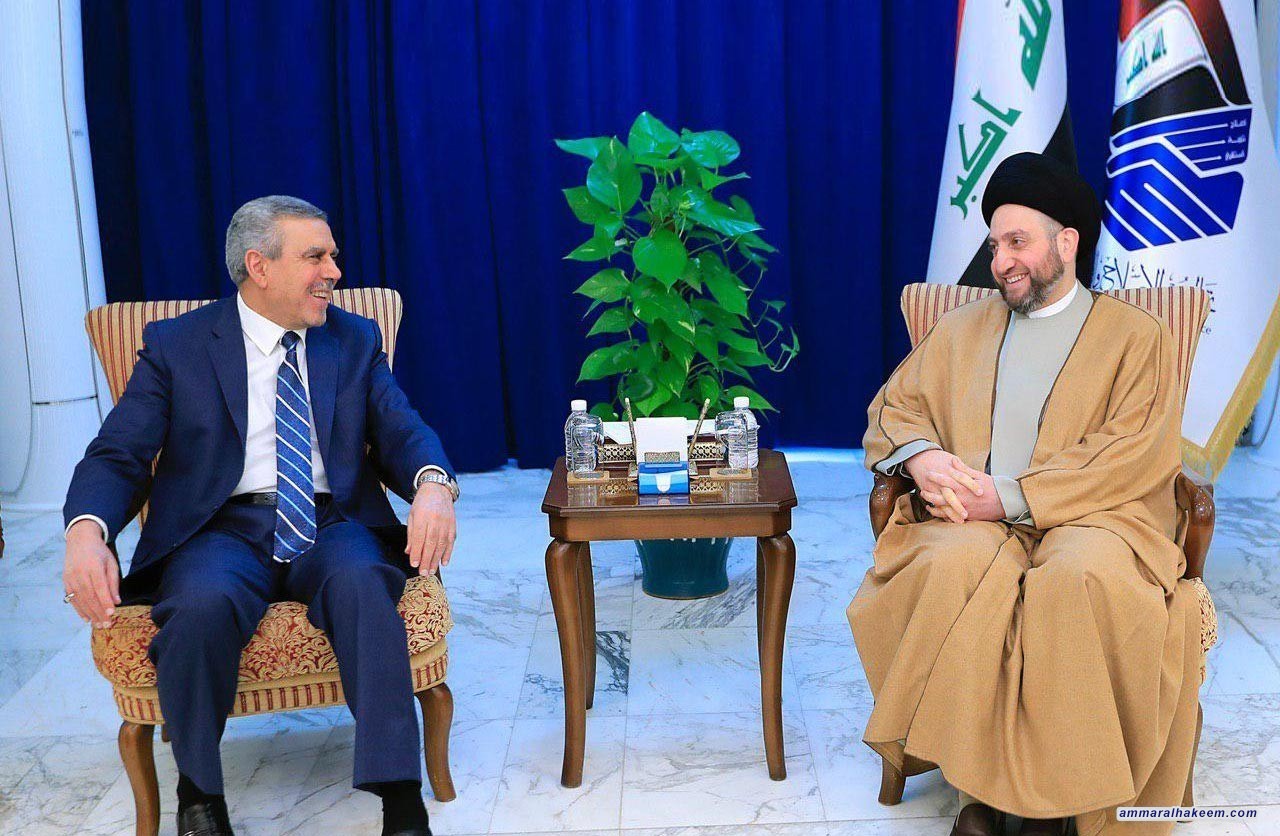 Sayyid Ammar al-Hakim receives the delegation of the Dawa Party, headed by Khudair Khuzaie, to discuss latest developments in the political situation in Iraq

Head of the Reform and Reconstruction Alliance, Sayyid Ammar al-Hakim, in his office in Baghdad, received delegation of the Dawa Party headed by Khudair al-Khuzaie Saturday 23/2/2018
His eminence with delegation discussed latest developments in the political situation in Iraq and mechanisms of convergence of views among political powers, and supporting the current government in completing the cabinet, and executing government program.
His eminence was briefed about the delegation initiative in forming a national bloc comprised of key actors in the political scene who agree on the commonalities and conflict management when occurring.
His eminence stressed the need to adhere to the priorities of the current phase, and the importance of concerted efforts to carry out priorities, stressed the importance of intensifying dialogues between the Iraqi political powers and major alliances to control the political stalemate and to find practical solutions to all obstacles and problems faced by all in order to serve the Iraqi citizen and achieve a comprehensive renaissance in all fields of service And development.