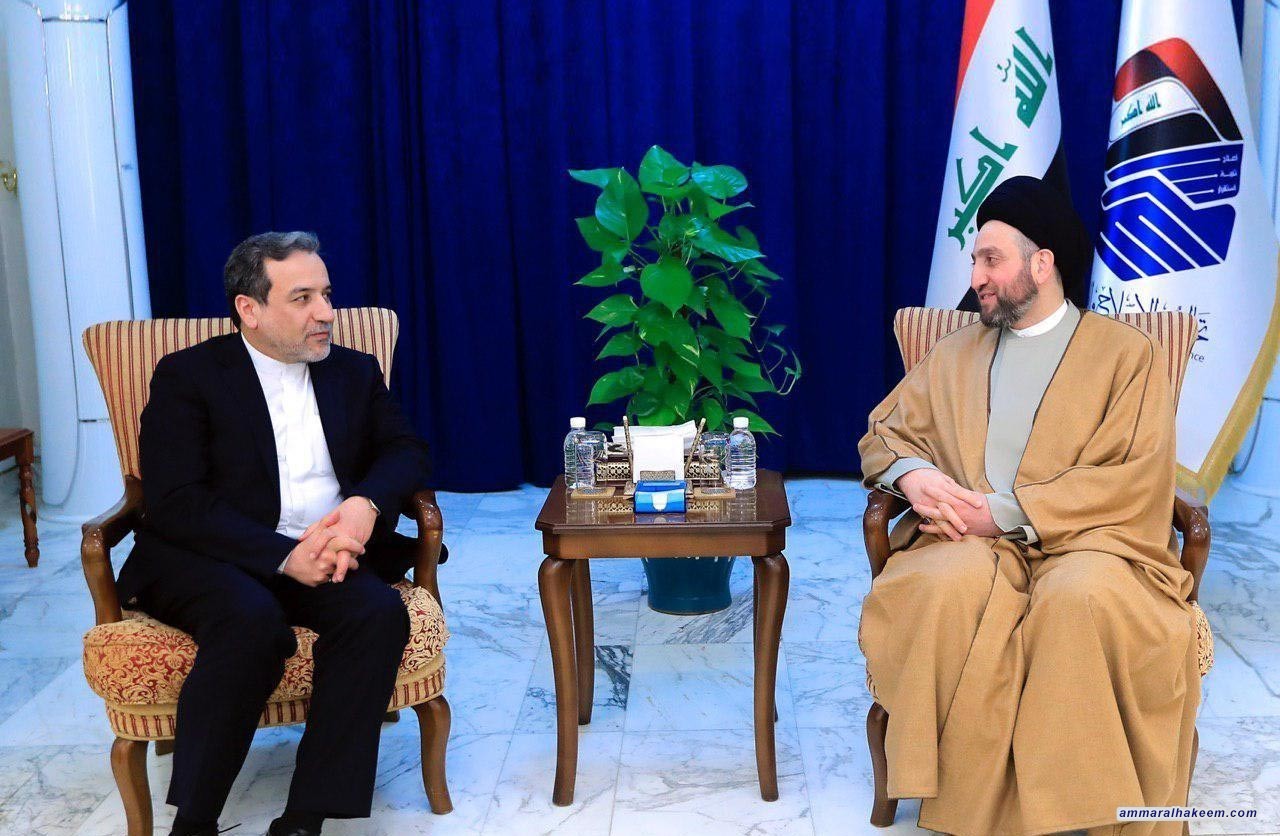 Head of the Reform and Reconstruction Alliance, Sayyid Ammar al-Hakim, in his office in Baghdad received Assistant Minister of Foreign Affairs of Iran, Mr. Abbas Araghchi Monday 25/2/2019
His eminence with Araghchi discussed bilateral relations between Baghdad and Tehran and developments of political situation in the region.
His eminence reiterated rejection of unilateral sanctions against Iran, and considered adopting the policy of starving peoples a dangerous precedent and violation of international law.
His eminence pointed out that Iraq seeks bilateral relations with neighboring countries and positive neutrality and Iraq is uniquely qualified by virtue of variety to have a role of mediation between the regional key players, indicated that Iraq has taken great steps in consolidating democracy by selecting the government, assigning an independent personage and and creation of unbiased alliances, called on everyone to understand the orientations of Iraq in this domain.
His eminence emphasized on depth of relations between Iran and Iraq, praised the role of Tehran in the fight against terrorism, and called for sustained meetings to resolve unsettled issues, expressed hope for a near visit of Sheikh Rouhani to Iraq.