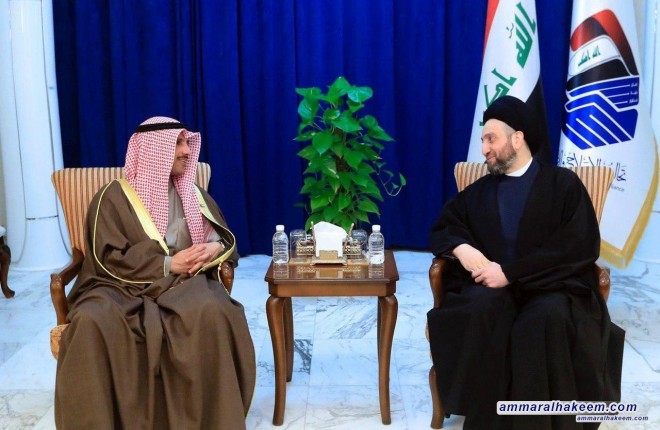 Head of the Reform and Reconstruction Alliance, Sayyid Ammar al-Hakim, and Alliance's leaders, in his office in Baghdad received Speaker of the Kuwaiti National Assembly Mr. Marzouq Al-Ghanim, Thursday 28.2.2019
His eminence with Al-Ghanim discussed bilateral relations between Iraq and Kuwait, and latest developments in the political situation in the region, noted the importance of mutual visits and the adoption of dialogue to resolve the unsettled issues, called invest the positive atmosphere in Iraq that resulted from military victories on terrorism and political and societal victories.
Sayyid Ammar al-Hakim stressed the importance of stability of Iraq, strength and security, and prosperity that is reflected on the security and stability of the region, pointed out that neighboring countries come at the top of Iraq's priorities in terms of common interests and strategic visions, indicated that Iraq has many promising opportunities as a fertile market for investment.