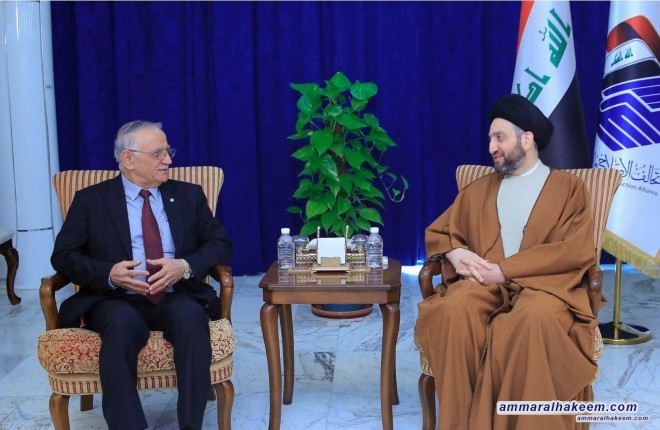 Head of the Reform and Reconstruction Alliance, Sayyid Ammar al-Hakim, in his office in Baghdad, the head of the Rafidain coalition, Mr. Yonadam Kanna, Wednesday 20/3/2019
His eminence with Kanna discussed social harmony, the reconstruction of cities and political developments.
His eminence stressed on priorities of current phase after the reconstruction of cities liberated from the terrorist Daesh, stressed provision of services, combating corruption and providing employment, and renewed support for the government in achieving priorities and implementation of its development program.
His eminence called for fair representation of Iraqi components in the structure of the Iraqi state, indicated that the Iraqi components are quality additions not measured by the numbers, stressed preservation of social harmony and overcome problems of the past, and considered that all are accountable as harmony is necessary for political stability and development.